The Domes of the Yosemite, Morse Museum 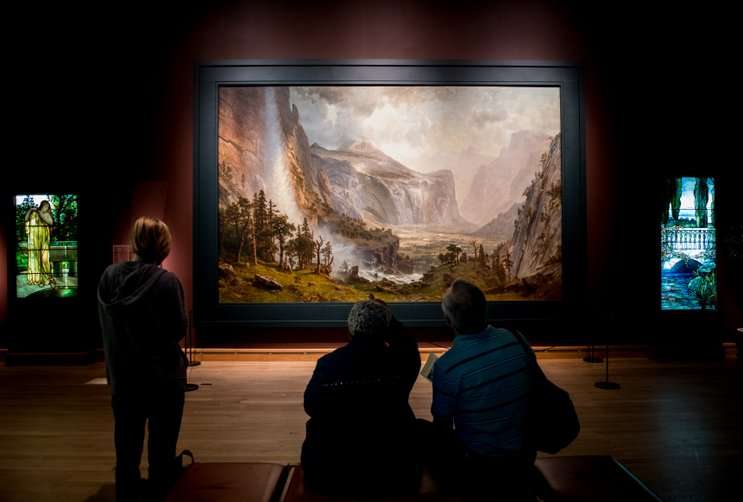 Image: The Domes of the Yosemite, by Albert Bierstadt, morsemuseum.org

However, there’s no denying the visceral thrill of a truly huge painting, that rush of a “life size” window into a different reality.

If that appeals to you, you have until July 8 to get to the Charles Hosmer Morse Museum and drink in “The Domes of the Yosemite” by Alfred Bierstadt.

Bierstadt’s massive oil painting, 10 feet high and 15 feet long, might be the biggest thing to happen at Winter Park’s compact Morse Museum in years. It was painted in 1867 and in 1873, installed at the St. Johnsbury Athenaeum in Vermont. This is the first time it’s been shown outside the Athenaeum in 145 years.

At 150 square feet, the canvas was like the IMAX screen of its day “The Domes of the Yosemite” was displayed in New York, Philadelphia and Boston to awe-struck crowds. Bierstadt’s painting depicts Yosemite Falls and the iconic Half Dome rock formation in lush, hazy, naturalistic detail. Catherine Hinman, the Morse’s director of public affairs, calls it a “mini-vacation” a quick trip to the Yosemite Valley without ever setting foot out of Central Florida.