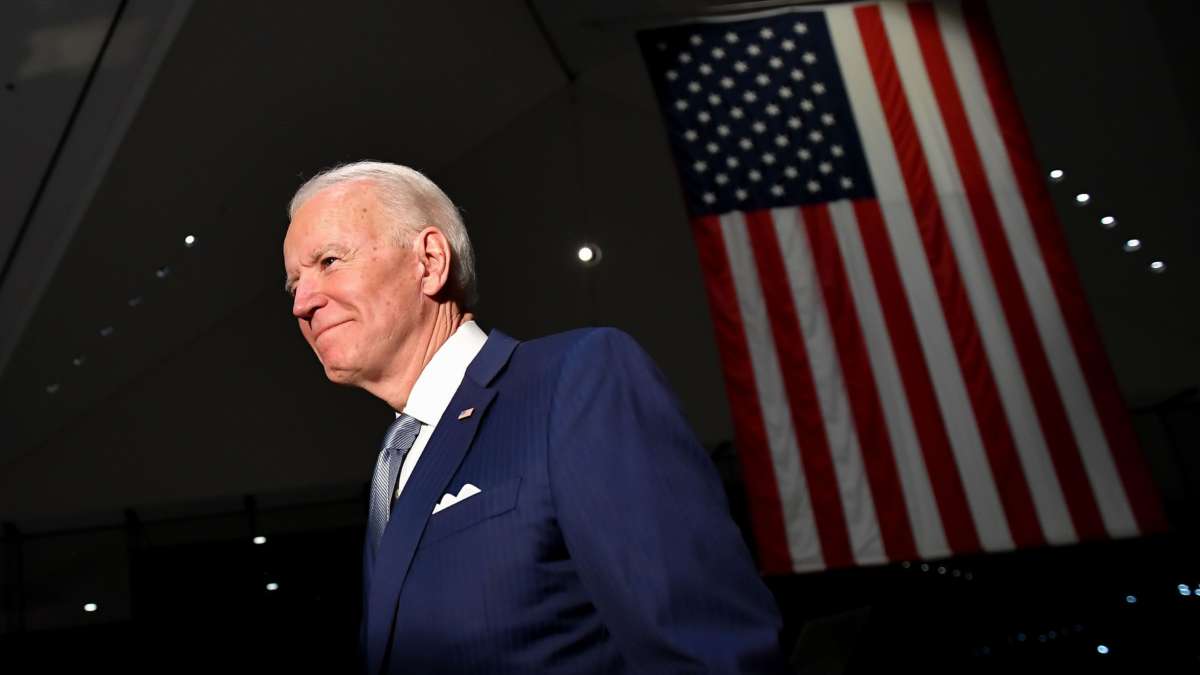 It was another big night for Joe Biden.

The former vice president won a set of resounding victories over Vermont Sen. Bernie Sanders Tuesday, most notably in Michigan, which Sanders won four years ago.

The results have now, barring something catastrophic for Biden, put him on a path to being the Democratic nominee and the candidate to take on President Trump in the fall.

To help sort out what happened Tuesday night and what it means going forward, here are six takeaways from the March 10, “Big Tuesday” primaries:

1. Biden’s clear path to the nomination

Biden won Michigan, Missouri, Mississippi and Idaho. Washington state was too close to call, and Sanders led in North Dakota as of 6 a.m. ET Wednesday.

Biden extended his delegate lead to 160, a lead that will be difficult for Sanders to overcome because of the proportional way Democrats allocate their delegates — there are no winner-take-all states — and because many of the upcoming primaries favor Biden.

Next week, for example, 577 delegates are at stake in Florida, Illinois, Ohio and Arizona. Florida is the biggest prize with 219 delegates. In 2016, Hillary Clinton won Florida overwhelmingly over Sanders.

The state has an older electorate compared to the country as a whole; African Americans constitute a significant proportion of the vote; and the under-30 demographic is less than 10% of the electorate. None of that bodes well for Sanders.

Following those four primaries, Georgia votes on March 24. Given that a sizable share of the electorate – 51% in 2016 – is African American, Biden would appear to be the favorite.

On April 4, it’s a similar story with Louisiana, which has the biggest share of delegates that day, when Alaska and Hawaii also hold primaries and Wyoming has its caucuses.

Wisconsin follows on April 7. Sanders scored a lopsided win there over former Secretary of State Hillary Clinton in 2016. But even if Sanders repeats, Biden would still get a significant share of Wisconsin’s 84 delegates.

Then comes April 28, a big day with 663 delegates at stake in six states. A lot of them are mid-Atlantic and Northeastern states that may lean Biden’s direction – Delaware, Maryland and Pennsylvania, for example. New York is the biggest prize that day, but even if Sanders wins it, if he’s not rolling into that day with victories elsewhere he won’t be able to net the delegates he needs for the nomination.

Guy Cecil, who runs Priorities USA, a superPAC that has pledged to spend $150 million to help the Democratic nominee, echoed that.

“What tonight has made clear is that the delegate math is now a straight line to Joe Biden’s nomination,” Cecil said during NPR’s live coverage.

2. But does that mean the nomination fight should be shut down?

“I think when the night is over, Joe Biden will be the prohibitive favorite to win the Democratic nomination,” Clyburn said, “and quite frankly, if the night ends the way it has begun, I think it is time for us to shut this primary down, it is time for us to cancel the rest of these debates — because you don’t do anything but get yourself in trouble if you continue in this contest when it’s obvious that the numbers will not shake out for you.”

Sanders supporters did not take kindly to that message. And it’s an especially provocative one given that Sanders, who didn’t speak Tuesday night, is undoubtedly trying to figure out his path forward.

For what it’s worth, Biden took a different approach.

“I want to thank Bernie Sanders and his supporters for their tireless energy and their passion,” Biden said during his speech in Philadelphia Tuesday night. “We share a common goal, and, together, we’ll defeat Donald Trump.”

If Biden does become the nominee, he’s going to need Sanders’ voters, especially the young.

Democratic-leaning voters under 30 continue to favor Sanders. In Michigan and Missouri, for example, Biden lost young voters by 57 and 45 percentage points, respectively. And that’s similar to what we saw in other states.

But a general election is different than a primary. Young Sanders voters may well be motivated to vote for Biden in a match-up with Trump. The 2016 election was decided by fewer than 100,000 votes in Wisconsin, Michigan and Pennsylvania. Democrats will need everyone reading from the same playbook.

4. White women continue to be a crucial group

Biden has been winning huge margins with African American voters, older voters and moderates. But we noted before Tuesday that white women might be the swing group to watch, especially in Michigan, and that they could determine the outcome.

Sanders won white women in Michigan in 2016, but Biden won them by double-digits Tuesday night. This group of voters, especially in the suburbs, is what fueled Democrats’ flipping the House in 2018.

They will be a crucial group again in the fall.

Democratic primary voters continue to say that health care is the most important issue for them. And big majorities are saying that they support replacing private health insurance with a government plan.

That would appear to benefit Sanders. Even in Michigan, 57% support the idea.

But what turned out to be the overriding issue for Democratic voters was the amorphous quality of “electability.” In Michigan, 58% said picking a candidate who could beat Trump was more important than picking one who agreed with them on most issues.

And of those who said beating Trump was most important, Biden won 62%.

6. Coronavirus is top of mind for voters and campaigns – and so is leadership

Sanders and Biden canceled rallies in Ohio because of the risk of coronavirus transmission. And the Democratic National Committee announced that it would hold the next debate, which takes place Sunday in Phoenix, without a live audience.

“At the request of both campaigns and out of an abundance of caution,” the DNC said in a statement, “there will be no live audience at the Arizona debate taking place on Sunday, March 15th.”

Voters said Tuesday night, according to the exit polls, that coronavirus was important to their vote. Biden won those voters — and voters also said he’s best to handle a major crisis.

In Washington state, which has been hit hard by novel coronavirus, 81% of voters said they were concerned about it. Asked who was best to handle a crisis, Washington voters said Biden 44% to 27% over Sanders.