Intersection: The Cost And Consequences Of Downtown Development 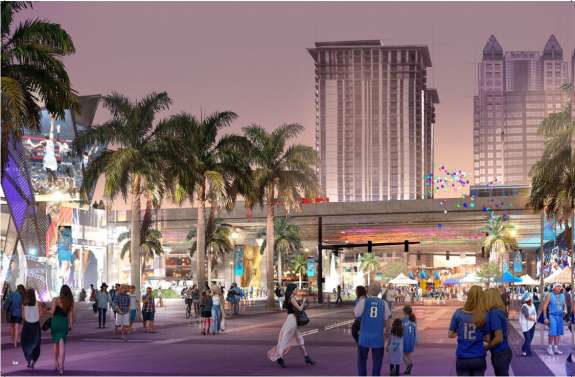 One big idea from Project DTO is to build a park underneath Interstate 4 to connect the east and west sides of downtown.

Orlando Mayor Buddy Dyer says his city is world class. But what does that mean? A proposed high rise near Lake Eola is raising hackles – so can residents agree on the best way to build up the city?

Commercial Developer Paul Ellis joins the program to talk about balancing growth and the needs of the residents.

And Mayor Dyer joins Intersection to talk about his vision for a World Class City – and how he plans to draw more business and residents to the heart of Orlando.

As Orlando grows up there’s more attention on the city’s homeless. Andrae Bailey from the Central Florida Commission on Homelessness joins 90.7’s Matthew Peddie to talk about the effort to end chronic homelessness in the downtown core and across greater Orlando.

The cost and consequences of downtown development.