The Coronavirus Small Business Loan Program: What You Need To Know 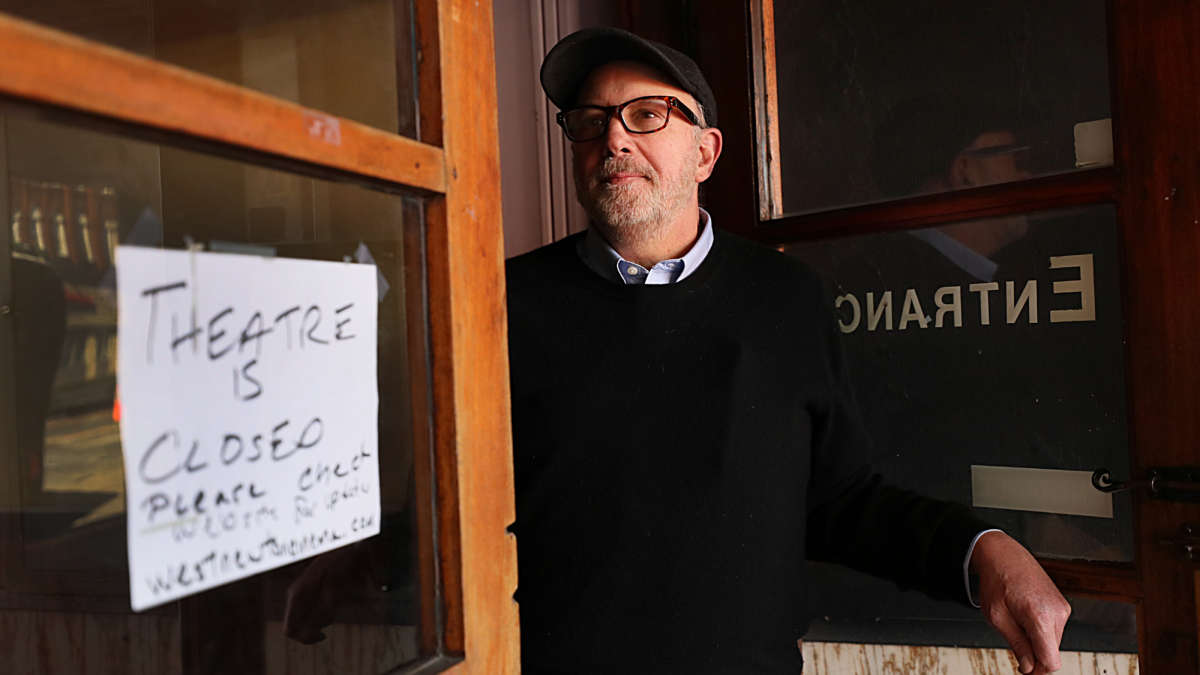 David Bramante, the owner of West Newton Theatre in Newton, Mass., stands in the doorway of the theater noting its closure on March 27, 2020.
Image credit: Boston Globe

Starting today, small businesses can apply for the nearly $350 billion in loans available through the economic rescue plan from Congress.

The loan program, known as the Paycheck Protection Program, is intended to support businesses so they can ride out the tough economic times and most importantly assist with either keeping current workers or rehire those that were laid off.

It’s sorely needed salve for all sorts of small establishments nationwide. Half of small businesses have less than 27 days’ worth of financial cushion, according to one 2016 report, and many have already suffered weeks of low or no income.

Below are some basics on how the program will work and what business owners can expect.

How much money can small businesses get?

They can get up to 2.5 times their total monthly payroll (with a maximum of $10 million). Importantly, as many businesses have already slashed jobs, companies will rely on payroll numbers from before the crisis. The Small Business Administration, or SBA, has set an interest rate of 1% on the loans, and repayment will be deferred for six months.

A lot of businesses — those with fewer than 500 employees, including sole proprietorships and freelancers, as well as nonprofits.

The application requires much less information than a typical small business loan. A sample form put out by the SBA ahead of the program showed there were just two pages of questions on basic information, like payroll size and what the owner intends to use the money for.

Notably, these loans do not require personal guarantees or collateral, which administration officials are hoping will make for a speedy approval process.

The program is currently set to run through June 30.

Some banks won’t be ready immediately

Right now, around 1,800 banks are part of the SBA’s primary lending program. A senior administration official this week said thousands of additional financial institutions could also lend through this program.

But some won’t be ready on Friday. As of Thursday night, JP Morgan Chase’s website said it will “most likely not be able to start accepting applications on Friday.”

Reuters also reported this week that some major banks have been considering not participating in the program. That’s because they would be expected to hand out loans quickly — within days — which could open them up to legal risk.

In addition, some banks initially said that they might not want to participate, due to unattractive loan terms laid out by the SBA. The Independent Community Bankers of America sent a letter this week to SBA Administrator Jovita Carranza and Treasury Secretary Steven Mnuchin laying out its concerns, one of which was the low 0.5% interest rate initially set by the SBA, even though the Act said interest rates could be as high as 4%.

“Community bank lenders cannot ‘break even’ with such a low rate of interest and for many it will not be economic or feasible to participate in the program,” wrote ICBA CEO and President Rebeca Romero Rainey.

At a Thursday White House press briefing, Mnuchin said the interest rates would now be set at 1%, citing some small banks’ concerns.

Can businesses really get money in one day?

Here’s what we do know: Friday is when the program opens. Administration officials have said they’re hopeful that businesses will be able to apply for and get their money within the same day. Whether that is feasible will quickly become clear once things get rolling. One day is a much quicker timeline than for standard SBA loans, which usually take 5-10 days to process.

In addition, some banks may not be ready to lend right away on Friday.

“This is an entirely new program, and that’s something that both banks and customers will have to get used to,” said James Ballentine, executive vice president of congressional relations and political affairs at the American Bankers Association. “There will be some banks that will be ready to go, and there will be others that will still learn how to do this and still be working on this for a few days.”

He added that the process may be quicker for businesses with strong ties to their banks already.

“Those customers that have these relationships with their banks, the banks have a lot of their information on file already, so some of those loans will be easier to turn around,” he said. “Others that may not have a banking relationship with their local bank or national bank. Certainly we’re encouraging them to go into that bank to get those loans and apply for them.”

The fact that some businesses might be able to get loans more quickly and easily, by virtue of their existing relationships, has raised some concern.

In particular, he said, he is concerned about availability of these loans to nonwhite-owned businesses and those in low-income neighborhoods.

Loans are forgivable if you keep employees

A business’ loan could be fully forgiven, but only if a business meets certain criteria.

First, to be forgiven, the money must be spent on payroll, rent, mortgage interest and utilities during the eight weeks after the loan is made. Any portion spent on anything else won’t be forgiven.

In addition, the SBA has said that at least three-quarters of the forgiven portion must be used for payroll, which can include benefits in addition to wages.

Many businesses may see their loans partially forgiven. The forgiven amount will be reduced if businesses cut their number of full-time workers, as well as if they cut their pay levels beyond a certain amount.

If a business owner has already laid off workers, they can rehire employees and still get forgiveness, as long as they rehire those workers by June 30.

Will there be enough loan money to meet demand?

It’s not clear. There is a very real possibility that $349 billion won’t meet the demand.

George Washington University Economics Professor Steven Hamilton walked through some back-of-the-envelope math on Twitter last week, noting that 2.5 times the total payroll of all businesses with fewer than 500 workers is $2.76 trillion (compared to the $349 billion in this Paycheck Protection plan). While of course not all small businesses may apply for the loans, it certainly shows that there is a possibility that the pot of money will be quickly exhausted.

“One of the things I’ve heard is this small business program is going to be so popular that we’re going to run out of our $350 billion,” Treasury Secretary Steven Mnuchin told CNBC this week. “If that’s the case, I can assure you that will be top of the list for me to go back to Congress on. It has huge bipartisan support and we want to protect small business.”