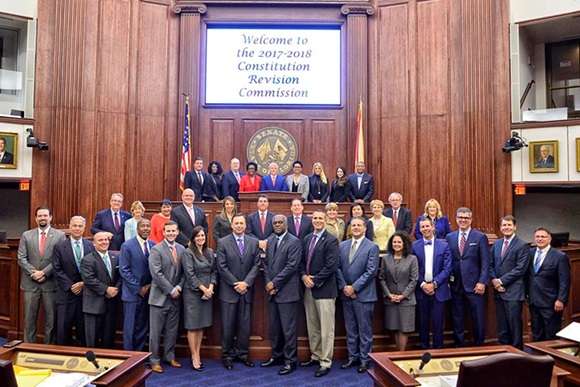 Congratulations, Floridians. Each and every one of you is special. But possibly not for the reasons you think.

Floridians are special because our state’s process for constitutional reform might be the weirdest in the country.

Just once every 20 years, we convene something called the Constitution Revision Commission. Thirty-seven people are appointed by our state government to hold a year of public hearings  .   and at these hearings, Floridians can directly propose constitutional amendments. During the year, the CRC reviews and votes on public input, and proposes amendments of their own. In November, the approved proposals go right on the ballot.

So the CRC is an exercise in expedited democracy. But of course, politics is never simple, and this year there have been a few snags.

Right off the bat, the lack of a clear schedule for public hearings generated heavy protest.

Once that was resolved, 2,000 public proposals were made. But only six of them were advanced by the CRC.

It’s also worth noting that 31 of the 37 members are Republicans. This imbalance could lead to conservative policies being locked in to the Constitution for a generation to come.

Though the deadline to submit proposals has passed, your voice still matters. There are five more public hearings, and all of them will be live-streamed on the Florida Channel. There’s still time to tell the CRC what you think of what they’re doing. Your chance to take this kind of active role in democracy only comes around so often.