The Boy Who Lived: How A Florida Teen Beat The Brain-Eating Amoeba 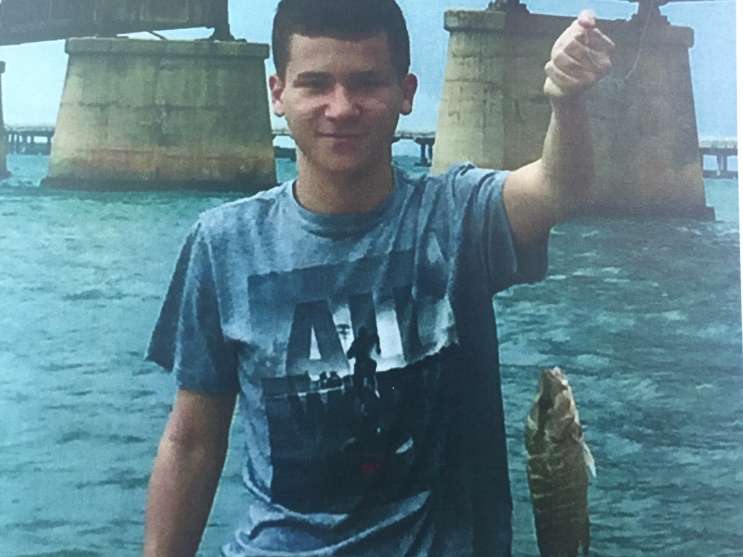 Sebastian DeLeon is now the fourth known survivor of the so-called brain-eating amoeba.

Doctors describe 16-year-old Sebastian DeLeon as a walking miracle – he’s only the fourth person in the U.S. to survive an infection from the so-called brain-eating amoeba in the U.S.

Naegleria fowleri is extremely rare, but almost always fatal. DeLeon is a 16-year-old camp counselor, and the Florida Department of Health thinks he got the infection in South Florida before his family came to visit Orlando’s theme parks.

“We are so thankful that god has given us the miracle through this medical team and this hospital for having our son back and having him full of life,” Gonzalez said. “He’s a very energetic adventurous, wonderful teen. We’re so thankful for the gift of life.”

So many things had to go right for Gonzalez to get that gift of life. On a Friday, he had a bad headache. The next day at the theme parks, his parents decided this way more than just a migraine and took him to the emergency room at Florida Hospital for Children.

Doctors convinced the family to do spinal tap to rule out meningitis – even though he didn’t have a stiff neck, the telltale symptom. That’s when Sheila Black, the lab coordinator, looked at the sample and saw white blood cells. But then she took a second, longer look.

That movement she saw triggered the alarm: This was an amoeba case. And that’s when the pharmacy reached out to a small Orlando drug company called Profounda. They have a drug called Impavido, originally developed as a cancer treatment, which the CDC has approved off-label use as a treatment for the Aomeba.

Profounda CEO Todd MacLaughlin got the call from the pharmacy, but he was out of town. So his son got in his car and drove the drug to Florida Hospital.

“Within 12 minutes he had picked up the product and was on the way to the hospital,” MacLaughlin said. “Everybody was in the right place at the right time.”

Sebastian DeLeon was given the drug as part of a cocktail, and doctors then started treatment: They induced him into a coma and lowered his body temperature to give the drugs time to work and slow the amoeba’s infection.

Dr. Humberto Liriano was emotional talking about the experience. They knew the odds were not in DeLeon’s favor when they placed him into a coma.

“The family when they came to me, immediately within four hours, I had to tell them to say their goodbyes,” Liriano said. “I had to tell them tell them, tell him everything you want to tell your child because I don’t know from the time I put him to sleep to the time I take the tube out, (if he) will he wake up.”

Sitting in the audience during this press conference was Steve Smelski. His son Jordan died two years ago at Florida Hospital for Children from the same amoeba. Since then they started the Jordan Smelski Foundation for Amoeba Awareness to raise the profile of Naegleria fowleri in the medical community and among parents. The foundation also encourages hospitals to stock the drug Impavido. Of the four known survivors of the brain-eating amoeba, three took Impavido as part of the cocktail.

Two years ago, the CDC flew the drug to Orlando for his son, but it arrived two hours after Jordan passed away. Doctors credit Smelski’s foundation for putting the amoeba on their radar screen.

“Today is awesome,” Smelski said. “Yes, we’ve been working almost two years on this, and it’s awesome to have a positive result. We just want to see more of them.”

For Sebastian DeLeon, now the fourth known survivor of the brain-eating amoeba, he will soon head to South Florida for rehab. But doctors are optimistic he’ll make a full recovery.