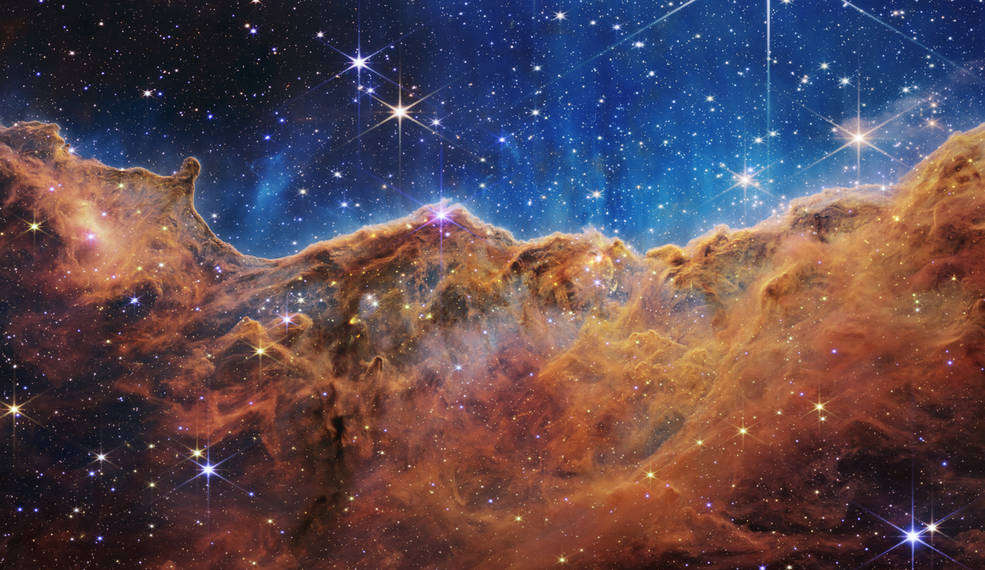 They’re here. The first images from the James Webb Space Telescope are out, revealing thousands of ancient galaxies, nebulae, and a close-up look at a planet outside our own solar system.

The images are stunning and only just the beginning. We’ll break down this first batch of images with Florida Institute of Technology’s Eric Perlman and talk about what’s to come from this brand new observatory in the sky.

Then, JWST promises to change the way we understand our universe…and how we teach about it. We’ll speak with high school astronomy teacher Kyle Jeter about how JWST may inspire new students to learn about the sky, and change the textbooks they’ll read.

Here’s the first five images revealed by NASA. Agency scientists say more will come this week, including a look at a planet from our own solar system.

A cosmic nursery, this area was previously obscured by cosmic dust. JWST’s infrared cameras cut through that dust and reveal an area of star formation that will shed light on how stars are born.

A grouping of five galaxies gives scientists and up-close look at how multiple galaxies interact with one another. This image captured by JWST is enormous — over 150 million pixels — and actually captures outflows driven by a black hole.

The JWST captures a dying star’s final performance as it sends out rings of dust and gas. At some 2,500 light years away, these observations will help understand a star’s final moments.

The telescope was able to observe the chemical fingerprints of a planet outside our solar system. JWST detected signs of water in a hot, puffy gas giant planet orbiting another star in the most precise measurement of its kind. These kinds of observations will help scientists find other planets that might be potentially habitable beyond Earth.

Unveiled by President Joe Biden on Monday, this images shows the deepest and sharpest infrared image of the universe to date. The image is just a small sliver of the sky approximately the size of a grain of sand held at arm’s length.