The ‘Best Meteor Shower Of The Year’ Is Happening. Here’s How You Can See It. 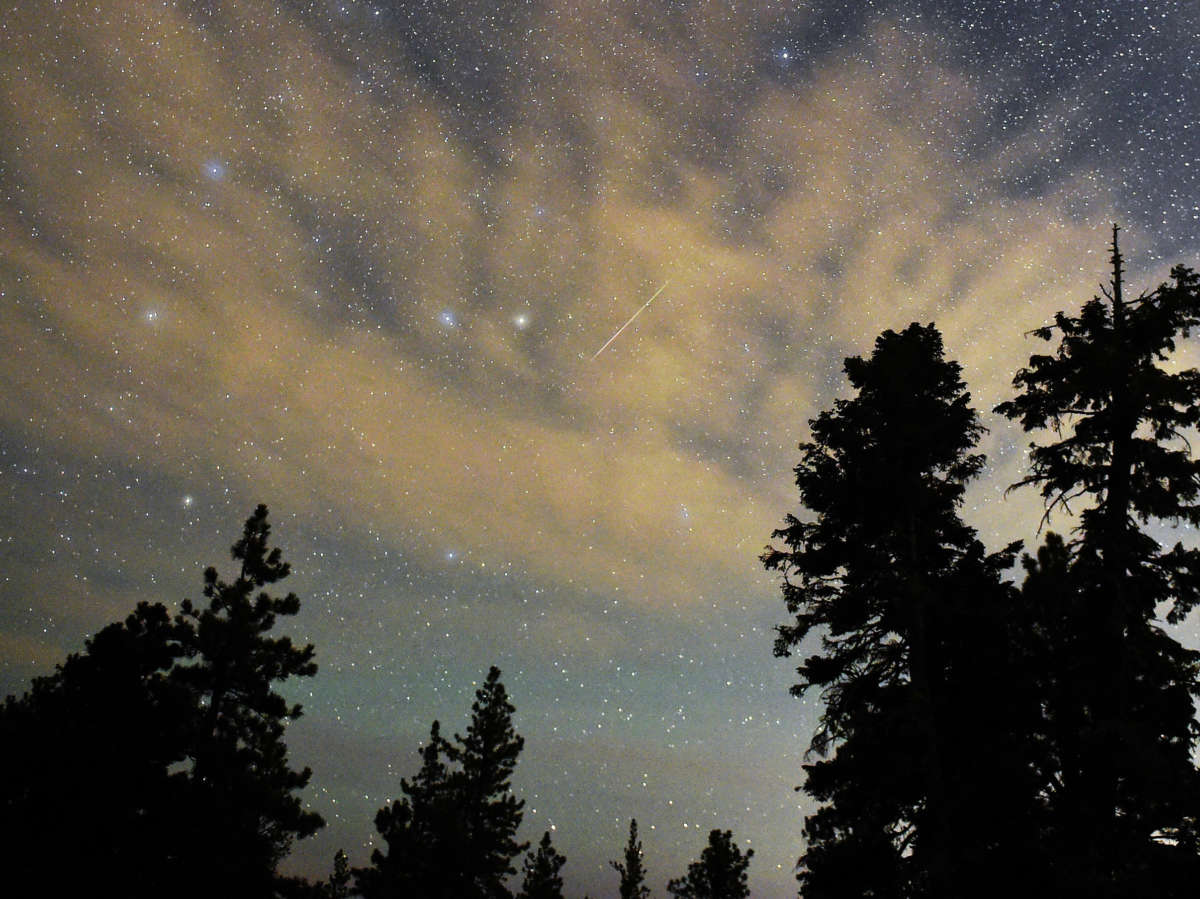 A Perseid meteor streaks across the sky above desert pine trees in the Spring Mountains National Recreation Area, Nevada. The annual display, known as the Perseid shower because the meteors appear to radiate from the constellation Perseus in the northeastern sky, is a result of Earth's orbit passing through debris from the comet Swift-Tuttle.
Image credit: Ethan Miller

The Perseid Meteor Shower is upon us, and will fill the night sky with streaks of light and color until August 24.

Known as the “best meteor shower of the year” by NASA because of its fast, bright and plentiful meteors that can be easily viewed outside during the warm summer months, the shower is not one to be missed. It will peak around August 12, where up to 100 meteors an hour can be caught shooting across the sky at 37 miles per second, leaving long streaks in their wake.

Here’s how you can see it.

Perseid meteor showers are known for their ‘fireballs’

The Perseid shower happens when Earth makes its way through the trail of cosmic debris left behind by 109PSwift-Tuttle — a comet that won’t return to the inner solar system until 2125.

The meteors are known for their fireballs, and viewers can expect to see larger, brighter explosions of light and color in the sky that will appear for longer than a typical meteor streak.

Pick a spot with a clear, dark sky

For best viewing, NASA says to stay up late the night of August 11. Alternatively, waking up extra early on August 12 will also do the trick, as the shower’s peak occurs in the pre-dawn hours. If the sky is clear and free of light pollution, the meteors can be clearly seen all across the Northern Hemisphere sky without the help of equipment. NASA recommends not looking at your phone while watching so your eyes adjust more easily to the dark.

You can use NASA’s meteor calculator and the International Dark Sky Association’s dark sky finder to find the best viewing spot for you.

Not a clear night? Not an early riser? Meteors can also be seen as early as 10 p.m. on any night the shower is happening before or after the peak, just likely fewer in number.

The dramatic Perseids display is your best bet for celestial entertainment but two other meteor showers — Southern Delta Aquariids and Alpha Capricornids — are both active now and they will peak from July 28-29, according to the American Meteor Society.

AMS describes the Southern Delta Aquariids as a strong shower that will be best seen from the southern tropics North of the equator — so mostly, states along the southern U.S. border. But the moon, which is expected to be fairly bright overnight, may make it more difficult to see the radiating meteors in the sky. It will be active through Aug. 23.

Meanwhile, the Alpha Capricornids is less flashy and rarely produces more than five shower members per hour, the AMS says. But, the organization adds, “What is notable about this shower is the number of bright fireballs produced during its activity period.” It can be seen equally well on either side of the equator through Aug. 15.