The Beautiful Mysterious: The Extraordinary Gaze of William Eggleston 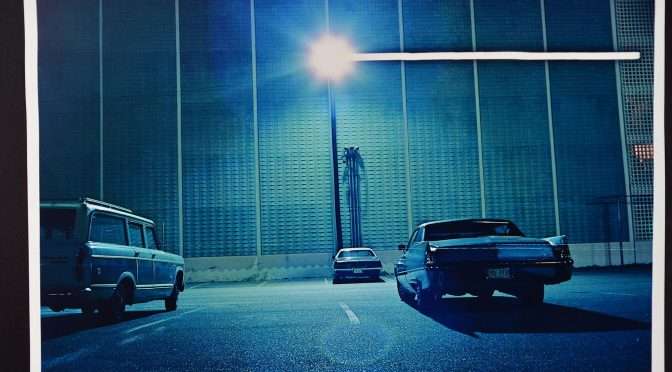 Before Eggleston’s groundbreaking 1976 show at the Museum of Modern Art, color photos were seen as lowbrow. “Real” art photographers shot in austere black and white. But naysayers were put in their place when Eggleston’s brilliant dye-transfer prints became wildly popular and influential. Their saturated intensity lends significance to their humdrum subjects – rusty gas station signs, tattered fabric on a clothesline, a parking lot by night.

And seeing as he’s known for his use of color, it’s a surprise – and a delight – to find that half the show is black-and-white photos. They offer a rare chance to examine Eggleston’s compositional genius without being seduced by his lush chromatics.

Each seemingly random arrangement reveals, upon examination, a perfectly inevitable interior harmony. No one would compare Eggleston’s work to that of Henri Cartier-Bresson, who coined the phrase of shooting at “the decisive moment.” Yet Eggleston, in each deceptively casual frame, achieves the same shoot-from-the-hip perfection.

The Beautiful Mysterious: The Extraordinary Gaze of William Eggleston hangs at the Mennello Museum through September 3rd.