The Beat Goes On: High School Choirs Improvise In The Age Of Coronavirus 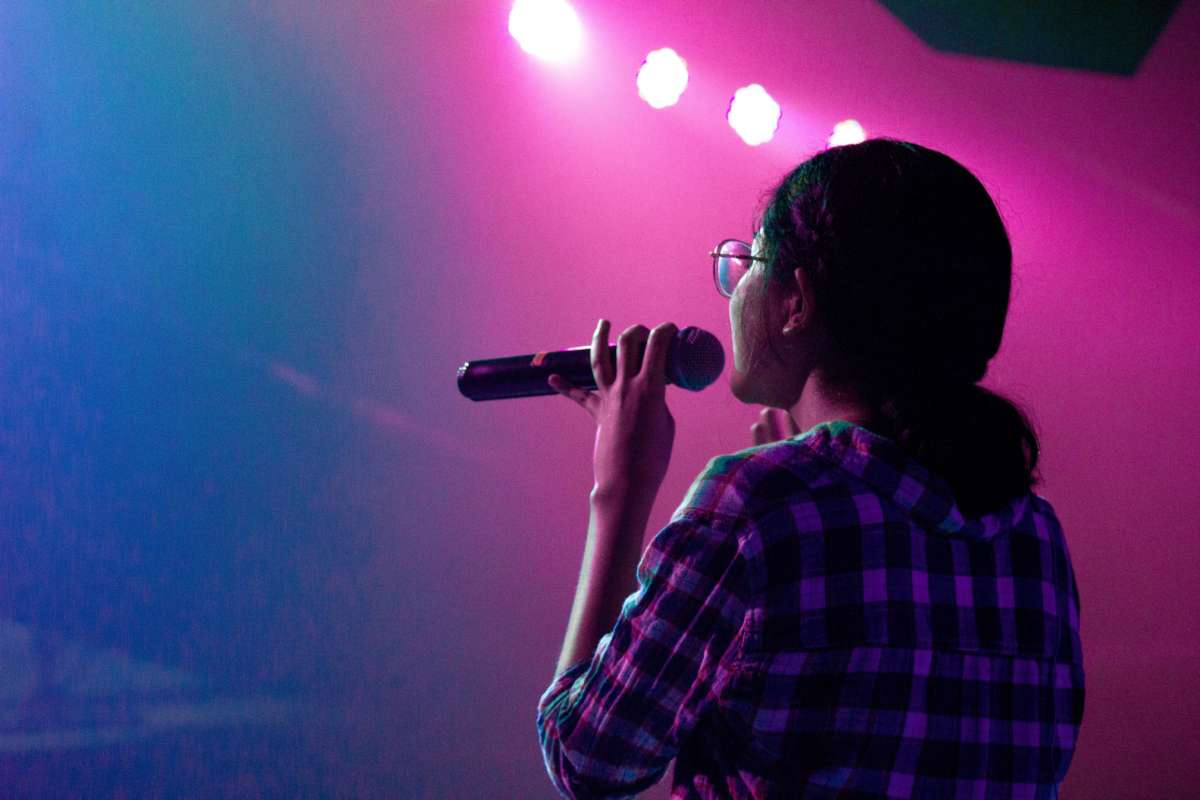 Spring semester was off to a pretty normal start at Rolling Meadows High School. The school, in a northwest suburb of Chicago, was gearing up for the goodbye rituals of every spring semester: senior prom, end-of-year exams and graduation.

Caitlyn Walsh, the school’s music teacher, was looking forward to the big choir concert and the spring musical. “From the fine arts scene we have a lot of end-of-year activities that are very cherished,” she says.

Walsh had worked with this group of students for four years, and knew they were special, a “really strong senior class.” So for their spring concert she pulled out all the stops — even ordering custom red T-shirts for the show. When the news broke that all Illinois schools were closed, Walsh and her students were crushed.

She was picking up the t-shirts from a friend in her neighborhood when she heard schools were shutting down. And then, she had an epiphany: “this a-ha moment of, ‘You know, why don’t we just get something together?’ So that way, we can at least honor the concert.”

She told her students to come grab their T-shirts and then send in videos of themselves singing their parts. One of her seniors mixed all the videos together, and the end result sounded like they were all on-stage together.

Since we couldn’t perform on stage tonight, we are sharing a taste of our “West Side Story in Concert” here! Kudos to these talented and dedicated singers for making our first virtual choir a reality! Shout out to @graceander13 for making the video! @RMFineArts @RMHSMUSTANGS pic.twitter.com/lFrcw0PSMG

The resulting video is a huge online success, with 100,000 views and counting. It was picked up by local news and even featured on Access Hollywood!

Walsh’s class made one of the first virtual choir videos, but now educators all over the country are getting in on the fun.

Greg Gardner is the music director of Camden Catholic High School in Cherry Hill, N.J. With all the state’s schools closed, he also had to find a way to connect with his students outside the choir room.

Both teachers lamented the fact that software programs like Zoom and Google Hangout have too much lag time for choirs to practice. Instead, Gardner decided to get his students practicing on their own.

Once a day, his students send in a 10-minute voice memo of themselves practicing a song. Then, on Fridays, they send in a video of the finished product. From those submissions Gardner creates his virtual choir. He wants to get his students performing every week.

Gardner says it’s been a lot harder than he expected: “There’s no magic app or plug-in that will do this for you. It just takes hours and hours of work.”

He actually uses several different software programs to put his videos together. One helps him line the videos up in the right order, another synchronizes them, so they start at the correct time, and yet another aligns the sound and video so the students are all singing in unison.

For their latest video? Gardner’s students created a virtual version of their annual Spring Cabaret.