The Arts In Parramore: Past, Present, And Future 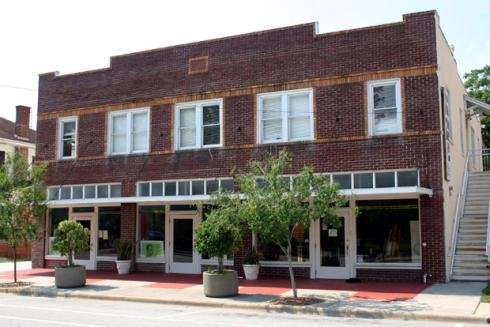 Orlando’s Parramore neighborhood has a rich history of music and art. So far, it’s perhaps best known as the home of a performance hall that drew many famous black musicians in the 1930s, ’40s, and ’50s.

On a recent quiet afternoon at the Wells-Built Museum of African American History and Culture in Parramore, assistant curator Tamara Murray begins the tour. The two-story building on the corner of South Street and Division Avenue used to be the Wells-Built Hotel owned by Dr. William Wells, one of Orlando’s first black physicians. A long list of musical luminaries stayed at the Wells-Built when they came to play the South Street Casino, the wildly popular club that was right next door in the 1930s, ’40s, and ’50s.

“About that time, it could probably be compared maybe to the Cotton Club,” said Murray. “It was popping, it was jumping, it was the place to be [for] anybody who was anybody at that time – Cab Calloway, B.B. King, Ella Fitzgerald, Ray Charles, and the list goes on and on.”

By the way, “casino” didn’t mean “gambling establishment” back then, it was more like “entertainment venue” or “dance club.”

“It had a big stage where the entertainers perform and a dance floor that could accommodate a couple hundred people, and the biggest thing was dancing,” said State Senator Geraldine Thompson, a Parramore historian and author. People would come from all over Central Florida to dance to the music of famous performers at the South Street Casino…so much so that a former patron once told Thompson that it wasn’t the sound of the music that stuck with him…it was the sound of sweat.

“There was no air conditioning in the South Street Casino, but it was so hot and people would perspire, and you could hear the water in their shoes kind of go ‘slosh slosh slosh’ because they were up dancing,” Thompson said.

The ‘slosh’ of dancing feet could probably be heard up and down Parramore Avenue, South Street, Division Avenue, and Church Street on the weekends – although, the South Street Casino might’ve been the biggest and best-known, there were a number of other venues that drew famous musicians, too. Parramore was a vibrant community back then, said Thompson.

“It was the economic hub for African Americans in Central Florida,” she said. “And there were so many businesses there – there were physicians, pharmacies, eateries, sundries, anything that you can think about.”

But, Thompson said, this bustling neighborhood was born out of necessity. “Segregation really made it necessary to have everything that you needed in this closed community, and that’s why the Wells-Built Hotel came to be – because you could not check in to other hotels because of segregation.” So, the Wells-Built is where the famous black musicians booked their rooms. There’s a hotel registry in the museum that proves it.

The Wells-Built is now a designated landmark, but the South Street Casino did not survive. It was demolished after a fire rendered it uninhabitable in the 1980s. There was some talk of re-creating it as part of Parramore’s new redevelopment, but city officials have said that’s no longer on the table.

Plenty of artistic ventures have come and gone in Parramore in recent years. For example, there was the Black Box Collective art gallery on Central and the Temenos Ensemble Theatre on West Church and Hughey. The now-venerable Orlando International Fringe Theatre Festival even used some empty Parramore storefronts as performance venues in its early years. The Festival is about to turn 25.

And there was a Church Street gallery owned by an artist named Everett Spruill, whose influence still lingers.

Spruill said it all started when he decided to take in any art he chose on commission – including from homeless artists. “We wanted to showcase local artists, and of course being in Parramore and the Coalition for the Homeless being just a couple of blocks away, it was just…natural.”

Some of the work from homeless artists was eventually showcased at Disney, Spruill said.

Now, he mentors up-and-coming black artists and has partnered with the City of Orlando to work with Parramore kids as part of his Everett Spruill Foundation for the Arts. The mural he created along with 100 local children still adorns the wall of the Callahan Neighborhood Center.

Spruill’s ultimate goal for the future, he said, is to establish an African-American Museum of Art within ten years. But it would be more than just a gallery.

“A theatre, artist studios, event space, workshops for kids, bring in the tourists, educational programs, the whole nine,” he said. “A permanent collection, a traveling exhibition. That’s my vision.”

Spruill won’t say whether he’s considering building his Museum of Art in Parramore…but he’ll be around. “With the new plans that they have for the area, I anticipate that we’ll be doing a lot of projects artswise,” Spruill said.

Perhaps he’ll help write the next chapter in the history of the arts in Parramore.