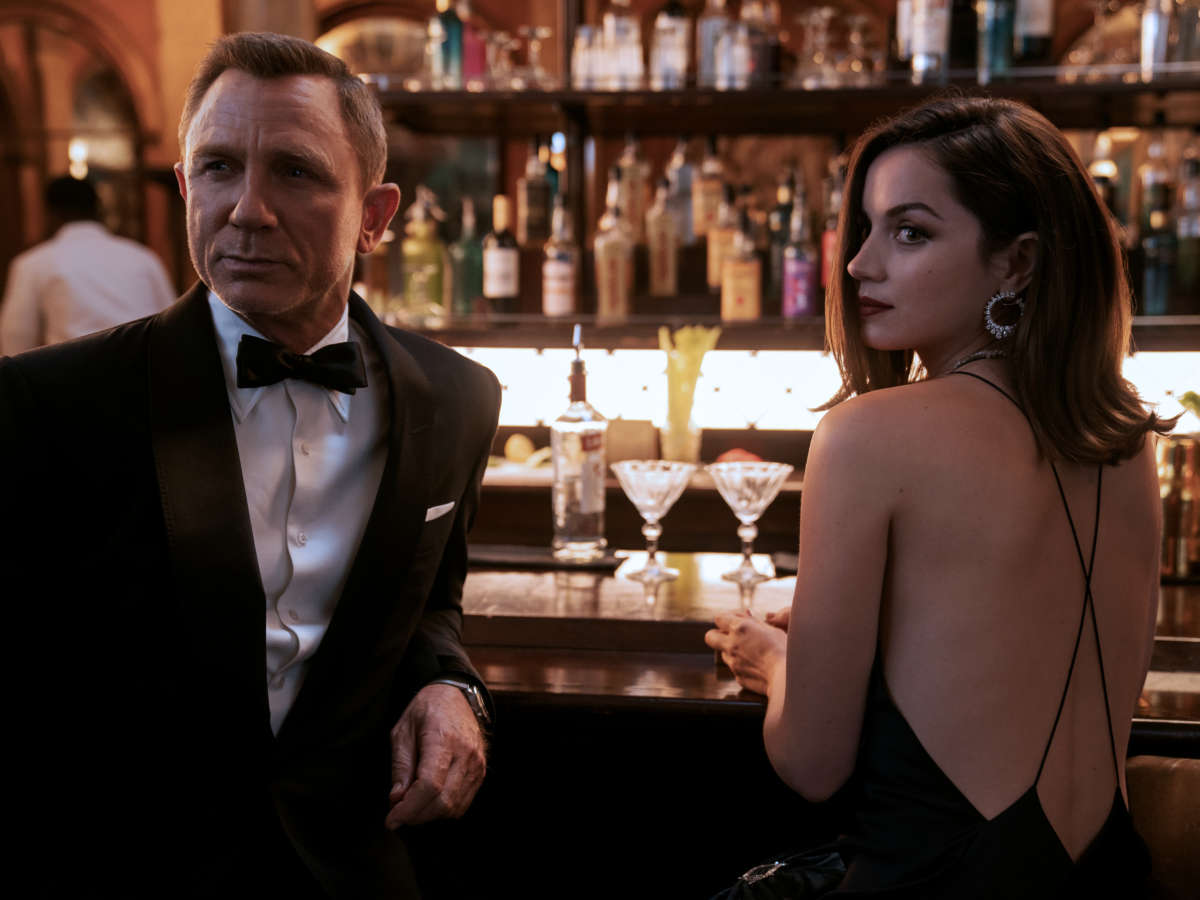 Daniel Craig's final crack at 007 was among the first films to delay opening because of the pandemic. He will play across Ana de Armas in No Time To Die.

After stockpiling films for more than 16 months, Hollywood is practically bursting with prestige attractions ready to premiere.

Summer popcorn pictures primed the pump, getting roughly 90% of North American cinemas open. Now, with much of the public vaccinated — especially older audiences who tend to patronize the sort of films that open in the fall — the flow is finally getting back to something approaching normal.

Yes, things are still in flux, and we’ll have to wait a little big longer for some other anticipated movies. But with Hollywood in the enviable position of having kept its biggest guns holstered, autumn looks to be flush with potential awards contenders (Dear Evan Hansen, House of Gucci), intriguing indies (Passing, Language Lessons), and obvious crowd-pleasers (No Time To Die) that would normally have been busting blocks midsummer.

With the caveat that some of these release dates could still change, here’s some crystal-ball gazing at what looks most promising.

The 2015 Tony Award-winning musical arrives in movie theaters a couple of months before it returns to Broadway, and the film version boasts original star Ben Platt reprising his performance as a socially anxious teen tasked by his therapist with writing letters to himself. When one letter goes astray, Hansen gets caught in a web of well-intentioned lies that spiral out of his control.

The Many Saints Of Newark

Oct. 1 in theaters and on HBO Max

A prequel to The Sopranos, with James Gandolfini’s son Michael portraying Tony Soprano as a high school student. Alessandro Nivola plays his uncle, Dickie Moltisanti, the father of Christopher Moltisanti (who was played in the TV series by Michael Imperioli). It should attract a veritable mob of Sopranos fans.

The Harder They Fall

Some 25% of cowboys were Black, but there have been few Westerns that have looked remotely like the fiery revenge tale director Jeymes Samuel has cooked up, with Idris Elba, Regina King, Zazie Beetz, Jonathan Majors, Delroy Lindo and LaKeith Stanfield.

No Time To Die

Daniel Craig’s final crack at 007 was among the first films to delay opening because of the pandemic. It was originally set to open in April of last year, then April of this year, and now it’s finally hit a date that looks like it’ll stick. Director Cary Joji Fukunaga (Beasts of No Nation) will pit him against Rami Malek’s diabolical (just check out the name) Lyutsifer Safin.

One of two Ridley Scott period pieces this fall to star Adam Driver, this 14th century epic finds Driver accused of raping Matt Damon’s wife, leaving the hubby with just one option — a duel to the death. Conceived by Damon and Ben Affleck (who plays a count), and co-written by Nicole Holofcener, the story is the tale of the last royally sanctioned duel in France.

Oct. 22 in theaters and streaming on HBO Max

Timothée Chalamet is king-in-training Paul Atreides in director Denis Villaneuve’s take on Frank Herbert’s novel (the bestselling in sci-fi history). The spice trade is booming, the planet Arakis is a deathtrap, and the supporting cast includes Zendaya, Jason Momoa, Charlotte Rampling and Javier Bardem. No wonder there’s talk of a whole Duniverse to come.

The autobiographical musical that Jonathan Larson wrote before he penned Rent is the opus Lin-Manuel Miranda chose for his directing debut. The Hamilton creator has frequently cited Larson as his inspiration. He cast Andrew Garfield as Larson, and Bradley Whitford as Stephen Sondheim (who was Larson’s inspiration). Quite the pedigree.

Nov. 19 in theaters and on HBO Max

Will Smith is Richard Williams, a tenacious dad who’s convinced, despite what everyone keeps telling him, that his daughters are going to be great at tennis. Their names? Venus and Serena.

Other films to keep your eyes on

Language Lessons (Sept. 10) — Covid restrictions are turned into an asset in a smartly scripted, bittersweet two-hander starring Natalie Morales as a Spanish teacher and Mark Duplass as her reluctant student.

The Card Counter (Sept. 10) — Director Paul Schrader’s revenge con thriller stars Oscar Isaac as a poker player and Tiffany Haddish as the operator who stakes him.

Cry Macho (Sept. 17) – Clint Eastwood directs and stars in a bring-the-kid-back-alive neo-western about a man who’s realized that macho isn’t all it’s cracked up to be.

The Duke (Sept. 17) — Jim Broadbent plays a pensioner who swiped a painting from London’s National Gallery in the ’60s and became a folk-hero when he offered to return it if the government invested in better health care.

The Eyes Of Tammy Faye (Sept. 17) — With Jessica Chastain as the titular televangelist, and Andrew Garfield as her hubby and fellow evangelist Jim Bakker.

Old Henry (Oct. 1) – Tim Blake Nelson stars in Patsy Ponciroli’s “elevated” western about a farmer whose past as a gunslinger emerges when his son finds a stranger with a bullet in his gut.

Bergman Island (Oct. 18) — A couple stays in the house where Ingmar Bergman wrote many of his classics — imagine sleeping in the bed from “Scenes From A Marriage” — in a film that name-checks most of his films.

Passing (Oct. 27) — Rebecca Hall’s luminous black and white adaptation of Nella Larsen’s novel about a ’20s resident of Harlem who has been passing for white. Tessa Thompson and Ruth Negga star.

Eternals (Nov. 5) — Marvel’s superheroes have been lying in wait for the Deviants for 7,000 years. Now they have seven days to stop them (clearly time management isn’t their forte).

Belfast (Nov. 12) — Kenneth Branagh calls this tale of a young, working class Irish boy in the trouble-ridden 1960s his most personal film.

House of Gucci (Nov. 24) — The other Adam Driver-starring, Ridley Scott-directed true story of the fall. Driver plays the fashion designer whose wife Patrizia (Lady Gaga) had him killed.

Encanto (Nov. 24) — Disney’s animated story of Mirabel, the only ungifted member of a family with magical powers, has a score by Lin-Manuel Miranda.