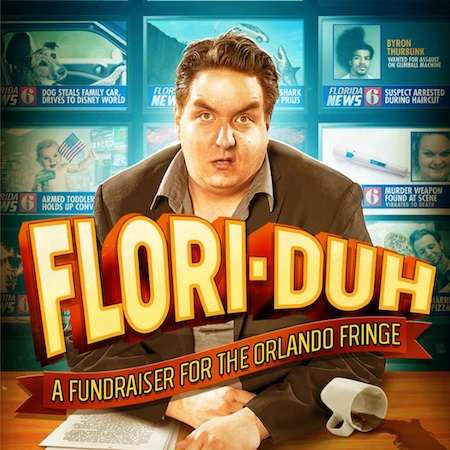 The 26th Orlando Fringe Festival kicked off its 14-day run this week, welcoming the public to more than 150 different shows: comedy, drama, storytelling, burlesque, puppetry and even magic shows performed by artists from all over the world.

The first Orlando Fringe theatre festival was in 1992, in downtown Orlando. In 2005, Fringe moved to the Loch Haven cultural campus, and in recent years, it’s expanded its borders, both geographic and temporal. Shows are no longer confined to the Shakespeare Center and the Orlando Rep, but happen all across town, from St. Matthew’s Tavern on Mills Avenue to the Breakthrough Theatre in Winter Park to, this year, a roving cargo van offering a twisted take on carpool karaoke. And the festival has added a winter “Mini Fringe,” as well as frequent “Fringe Year Round” weekends.

Past festivals used the slogan “Anyone Can Fringe,” and backed it up by appending Visual Fringe, Kids Fringe, Outdoor Fringe and various other add-ons to the theatrical core. And they’ve clearly succeeded; attendance soared to over 70,000 patrons in 2016. But this year’s slogan urges patrons to “Stay Curious,” adding “if you don’t go, you’ll never know.” So if you’re one of the last remaining locals who hasn’t yet experienced the Orlando Fringe, you’ve got until May 28 to join the fun.