The 2021 Hurricane Season Won’t Use Greek Letters For Storms 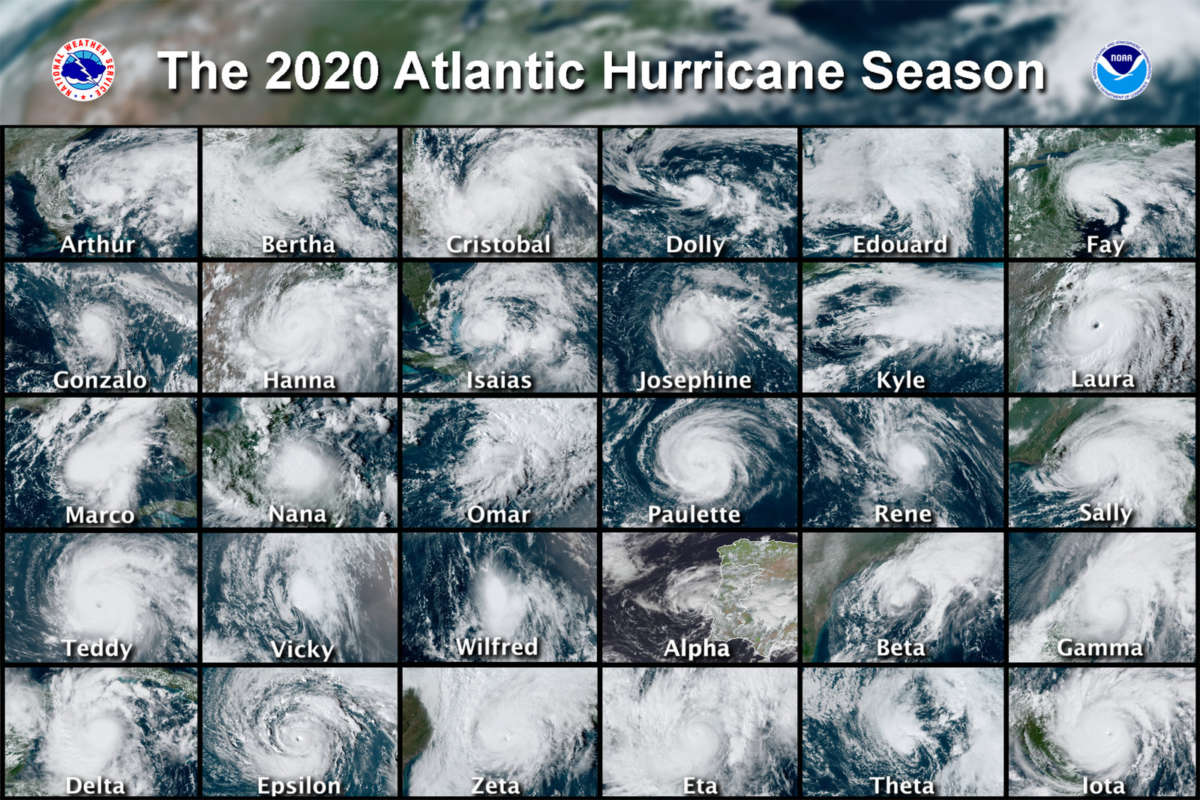 This combination of satellite images provided by the National Hurricane Center shows 30 hurricanes which occurred during the 2020 Atlantic hurricane season. Nature struck relentlessly in 2020 with record-breaking and deadly weather and climate related disasters. From the most named storms in the Atlantic with a record number of them intensifying rapidly to the largest area of the western U.S. states burned by wildfires, to killer floods in Asia and Africa and a hot, melting Arctic, 2020 was more than a disastrous year, it was a year of disasters. (National Hurricane Center via AP)

The 2020 hurricane season was so prolific that the National Hurricane Center used up its roster of 21 alphabetized storm names. When that happens, the government pulls in the Greek alphabet. But don’t expect to see Hurricane Alpha or Beta again.

Turns out the names were Greek to a lot of people, and forecasters worried about creating confusion.

“Some of those were very difficult to translate into other languages,” says Kenneth Graham of the National Hurricane Center. “In our region we have French. We have Portuguese, Spanish and English.”

“The Greek letters, we don’t have to use them much, but we don’t need any sort of distraction” from communicating storm warnings, he says. For example, Graham says, with Hurricane Zeta — the sixth letter of the Greek alphabet — “there were so many phone calls and inquiries” because people incorrectly thought it was the last letter.

On the advice of the World Meteorological Organization, Greek letters will be dropped and the National Hurricane Center will just have to have more names ready, just in case, in 2021.

“Those [names] have to be as pronounceable as we can in all the languages, not offensive in any language, and really we don’t want any of those to have alternate meanings,” he says.

Greek letters were used once before — in 2005, Graham says, after another busy storm season ripped through the names on the government’s list.

“We have a list that rotates every six years — a standing list that repeats,” Graham says. Storms that cause great damage and fatalities can have their names retired and replaced, like Katrina in 2005 and Dorian in 2019.

So forecasters this year will have a supplemental list of hurricane names — from Adria to Will — just in case.