The 1st All-Civilian Crew Is About To Orbit The Earth 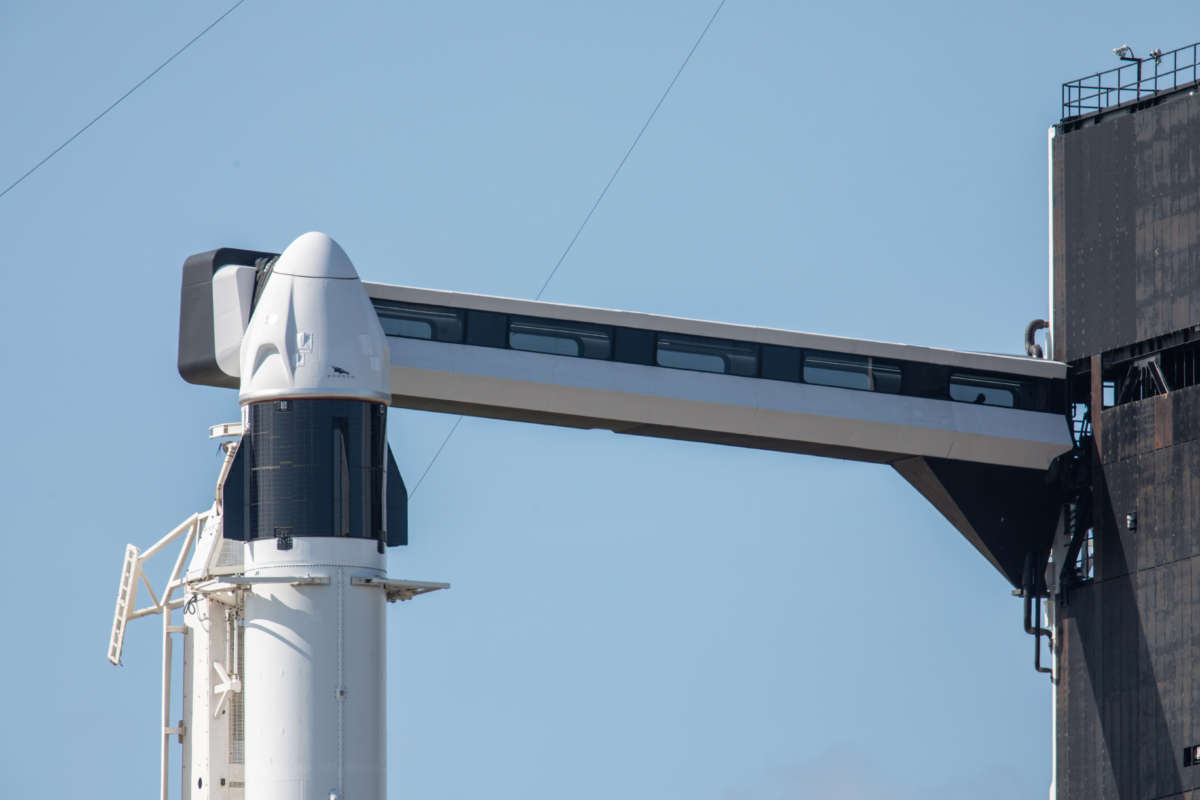 For the first time, a group of all civilians, four in total, will take flight aboard a SpaceX mission set to launch Wednesday night.

The commander of the flight, Jared Isaacman is the founder and billionaire CEO of Shift4 Payments; he will be joined by Hayley Arceneaux, a physician assistant at St. Jude Children’s Research Hospital; Chris Sembroski, an aerospace data engineer; and pilot and geoscientist Sian Proctor.

It’s the latest step in the commercialization of space. By going into orbit, the crew of four will travel further into space than the recent privately funded Blue Origin mission which had Amazon founder and billionaire Jeff Bezos on board.

The mission, dubbed Inspiration4, will help support Isaacman’s goal to raise $200 million to help cure children’s cancer. While in orbit, the crew will also conduct research “designed to advance human health on Earth and during future long-duration spaceflights,” according to SpaceX.

The launch is set to take place from the Kennedy Space Center in Florida. The five hour launch window begins Wednesday evening. The astronauts will land off the coast of Florida approximately three days later.

Since March, the Inspiration4 crew has completed centrifuge training, simulations, observing other SpaceX launches, zero-gravity plane training, altitude training, classroom training and medical testing, SpaceX says.”This focused preparation was essential in team development and being ready to execute their role as the first commercial crew to orbit the Earth,” the Inspiration4 website says.

It’s also worth mentioning that SpaceX’s Dragon spacecraft largely functions on its own and doesn’t require much human input to operate.

The crew arrived in Florida on Thursday from Hawthorne, Calif., where they had been training.

Out-of-this-world memorabilia will take flight, too
Space memorabilia is not a new thing. Astronauts have been taking up personal items and bringing back pieces of history since human space flight began.

But some of the items going up on this mission are pretty unique, and many will be auctioned off to raise money for St. Jude’s:

For the first time, an NFT (nonfungible token) song from the band Kings of Leon will be played in space; 50 other art NFTs will also be present; 66 pounds of hops that, after coming back, will be used by Sam Adams to crew the official beer of the Inspiration4 mission; a ukulele that Sembroski will play aboard the spacecraft; and a recent TIME magazine cover of the four crew members.