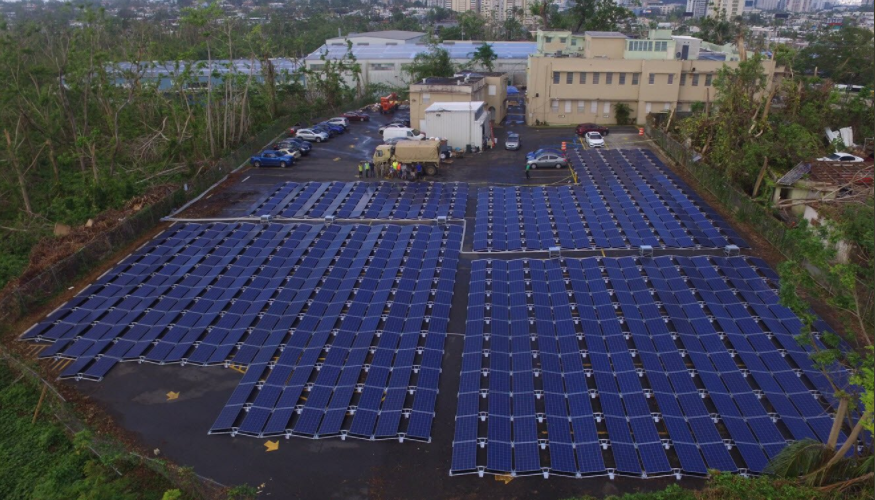 It started on Twitter when Tesla Founder Elon Musk tweeted the possibility of installing solar panels and storage technology on the storm-ravaged island. Puerto Rico’s governor responded to the tweet with “let’s talk.”

Now Tesla says a solar project at a children’s hospital in San Juan is live.

Hospital del Niño is first of many solar+storage projects going live. Grateful to support the recovery of Puerto Rico with @ricardorossello pic.twitter.com/JfAu11UBYg

Photos posted on twitter show an array of solar panels installed in a parking lot, and electric storage hardware delivered to the site.

Hurricane Maria decimated the island last month, knocking out the power to millions of people.

The car maker says it’s the first of many solar and energy storage projects going live in Puerto Rico.