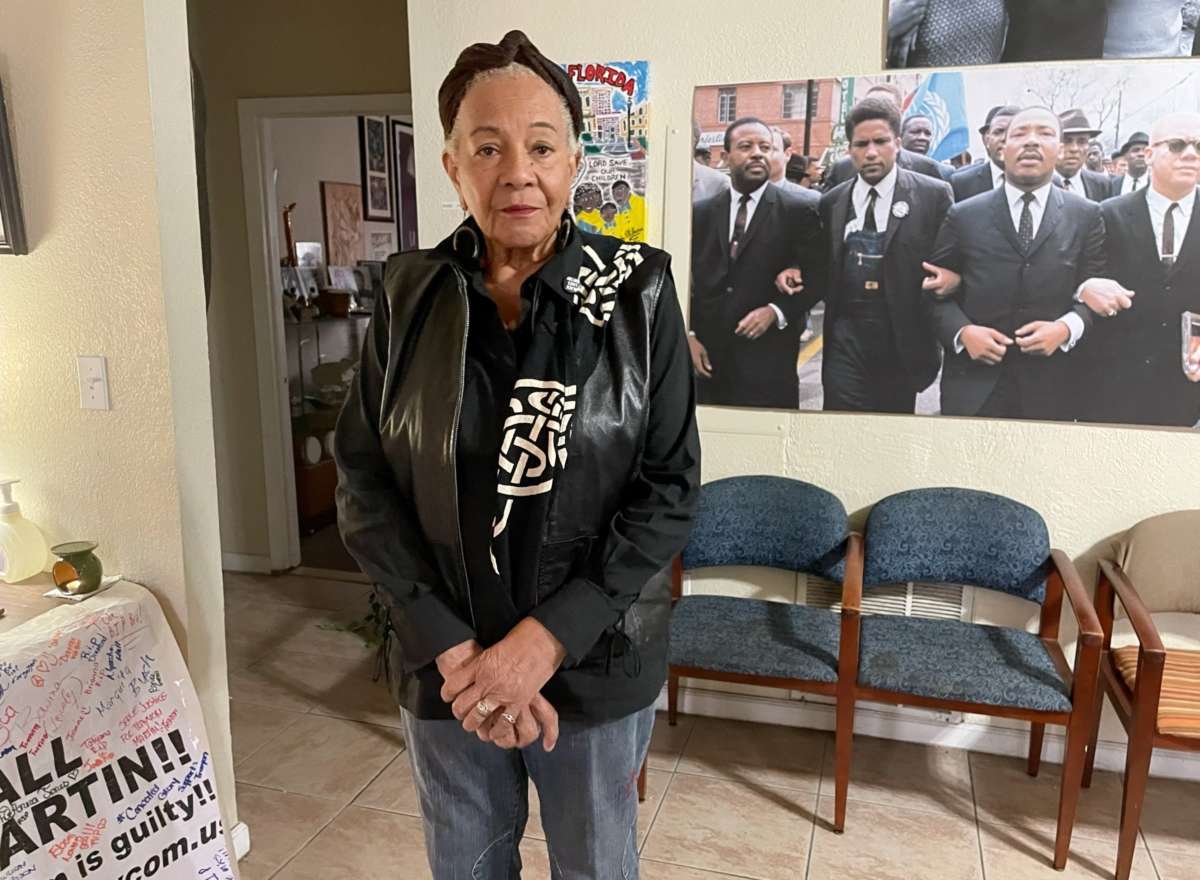 Historian, educator, and activist Francis Oliver of Sanford stands inside the Goldsboro Welcome Center, which she founded along with the Goldsboro Historical Museum. (Photo: Nicole Darden Creston)

On February 26th, 2012, 17-year-old Trayvon Martin was shot dead in Sanford by then 28-year-old George Zimmerman, who claimed self-defense. The shooting and what followed sparked outrage from the community that grew into an international movement.

After six weeks of protests, police arrested Zimmerman and he was charged with second-degree murder.

For our series marking ten years since Trayvon Martin’s shooting, we asked some protest leaders and advocates what they remember from that time, and whether they’ve seen progress in the last decade.

It was 2012, nearly a month after 17-year-old Trayvon Martin was shot dead by neighborhood watch volunteer George Zimmerman…and no charges had yet been filed.

By this time, the world was watching. Details of the case struck a global chord as they reverberated across social media. And civil rights activist Reverend Al Sharpton had organized a rally calling for Zimmerman’s arrest that would ultimately pack Sanford’s Fort Mellon Park with more than 8,000 people.

Troy Jackson was among them. She remembers the sense of community and hope at the rally.

“You always will hear a hopeful sound – if it’s not hopeful, then it’s despair,” Jackson says. “So you have one of two choices as being a person of color in America. Either you can stay in despair, or you can choose to hope to see the light at the end of the tunnel.”

Jackson is in her mid-30s now. She chairs an organization focused on race and gender equality in the theater industry called Black Theatre Girl Magic.

Back in 2012, she recalled the crowd at the rally buzzing with news that Sanford Police Chief Bill Lee had stepped down, and the Seminole County State Attorney had been sidelined in favor of a special prosecutor assigned to review the case.

Oliver is the founder of the Goldsboro Museum and Welcome Center, the gateway to a historic Black community just a few blocks from the Sanford Police Department.

She speaks of long-simmering tensions between Sanford Police and the Black community beginning to boil over when Zimmerman was allowed to go free.

“You know, people talk, and other people are listening, and [information] got through certain people and got out to the community,” says Oliver. “So the community was really, really, really getting tight and up in the air about what was going on, and why Billy Lee let George Zimmerman go.”

Former police chief Lee had said that under Florida’s “Stand Your Ground” law, Zimmerman’s self-defense claim meant he couldn’t be arrested without probable cause that deadly force wasn’t necessary.

Six weeks later, Zimmerman was arrested and charged with second-degree murder. He pleaded not guilty and ultimately was acquitted.

Francis Oliver says these days there is some more hope for accountability and it’s coming from an unexpected place: cell phone cameras.

“If Trayvon was killed today, and we had everything that we have today…if he had what George Floyd had, yes, George Zimmerman would be in jail. And I have no doubt about that,” says Oliver.

For Troy Jackson, lessons from the Martin case linger. She points to the 2020 police murder of George Floyd in Minneapolis.

“So you constantly are living in this, you know, this world that confines you,” says Jackson. “And then you see things like George Floyd on TV, and all you can feel his despair in the moment, knowing that that could happen to you or anybody in your family at any time. But there’s nothing you really feel that you can do about it. Because it’s too large.”

But Jackson says she does carry the spirit of that Fort Mellon Park rally with her.

“As I said, hope or despair, really there is no middle ground. Yes, I choose hope. And I choose to have the despair motivate me.”