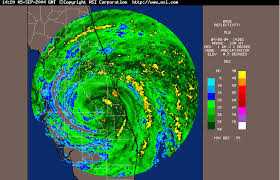 It was the second of four disastrous hurricanes to strike the state during the ’04 season. The citrus industry never really recovered.

Not since Texas in 1886 had four hurricanes struck a state in one season.

Andrew Meadows of Florida Citrus Mutual says the industry was especially hard-hit. He says today production remains down by more than 50 percent.

Meadows says citrus greening and development also are to blame.

Frances crossed the Florida peninsula and made a second landfall in the Big Bend area.

The hurricane was the most destructive of the ’04 season, spawning 23 tornadoes. It prompted evacuation orders for 2.8 million in the state.