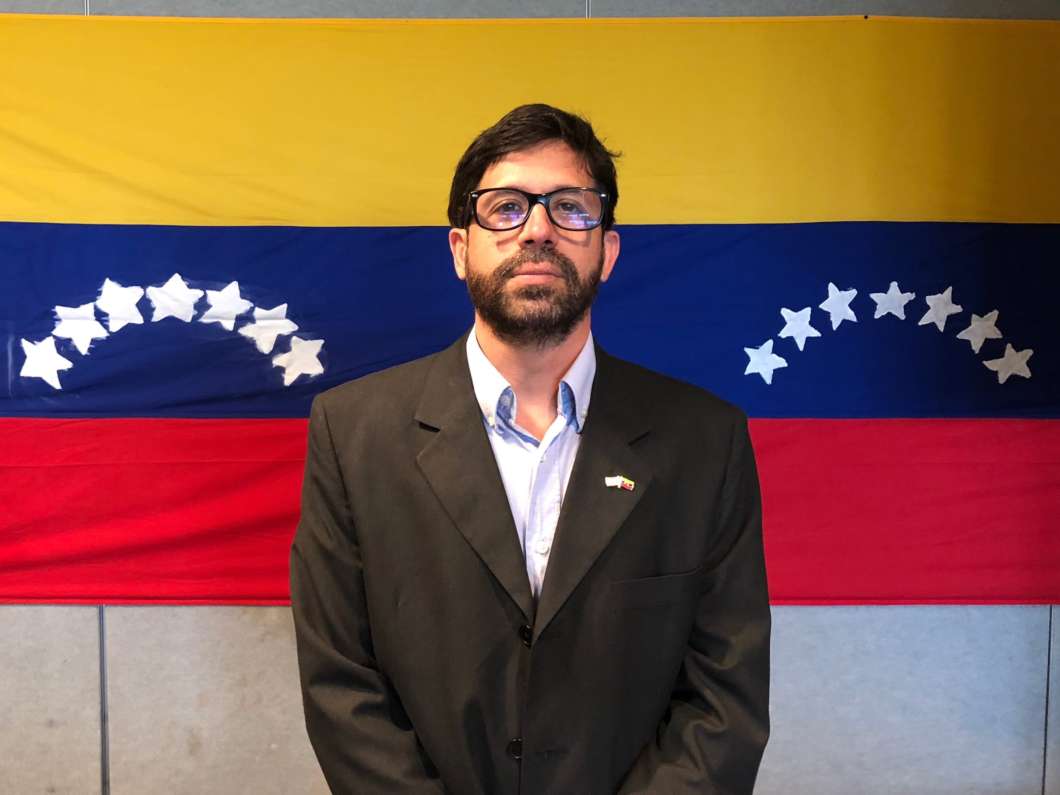 Ignacio Carrasquero is a representative of the opposition party in Venezuela, and coordinator of the Voluntad Popular project in Orlando. Photo by Easton Underdahl

Senator Rick Scott met Friday with local Venezuelans who are calling on Congress to approve Temporary Protected Status for Venezuelans seeking refuge in the United States.

Temporary Protected Status, or TPS, is granted by the Department of Homeland Security to people from countries in crisis and lets them remain in the U.S. until the situation improves.

The House already has approved the measure, but local activist Ignacio Carrasquero says the Senate has not acted.

“For a period of 18 months, no Venezuelan national should be deported if that bill is approved,” Carrasquero said. “We know we have the two Florida votes, Rick Scott and Marco Rubio- they’re supporting the bill, but we have to get 60 of 100 votes.”

The Congressional Budget Office estimates 200,000 Venezuelans are currently seeking refuge in the U.S. and would be eligible to receive TPS.

“It’s a temporary bill, but it will help Venezuelans to get working permits to be legally here, to pay taxes, and to help build this great nation,” Carrasquero said.

Venezuelan nationals would be eligible to get migratory relief and work permits if they are present in the U.S. at the time the bill is enacted and pay a $360 fee.