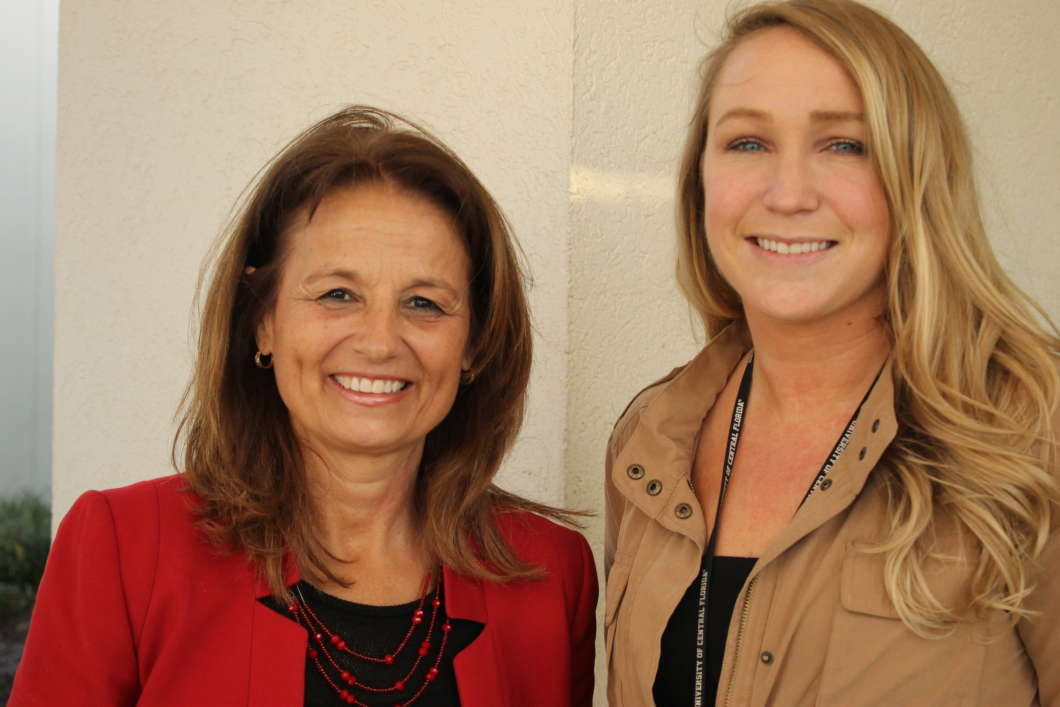 Growing up, Jessica Granahan says she was good at math… but put off by her experience learning math in school, she majored in language arts education in college. Now, with a master’s degree to her name, she’s back teaching math and science.

Grahanan, a 4th grade teacher at Lawton Chiles Elementary in Orlando, joins Intersection along with Lisa Dieker, Pegasus Professor and Lockheed Martin Eminent Scholar Chair at the University of Central Florida’s College of Community Education and Innovation, to talk about STEM teaching in Central Florida.

“I taught myself math, and I don’t think I ever had great math teachers growing up,” says Granahan.

“So I always believed I was just ‘reading brained.’ And that’s why I gravitated towards English as my degree in college,” she says.

“I think now we’re learning the ‘why’ to the ‘what’, and it makes it a lot more fun. And you’re seeing the kids actually understand something, they’re not just doing something because they memorized it, which was not the way I was taught.”

Dieker says the program began in 1992 with a $1M grant from Lockheed Martin. She says the funds were matched by the state, and UCF also got funding from the National Science Foundation.

“So the first group of cohort of teachers were actually funded in partnership with the guarantee of the endowment and the National Science Foundation.”

Dieker says the program also aims to address a shortage of teachers.

“The shortages are really occurring for two reasons. One because we don’t have enough teachers coming In, in some cases in targeted areas like math science, the other issue is we have people leaving the workforce after the first three years,” says Dieker.

Dieker says the need for teachers is only going to increase in Florida.

“The shortage in Florida, which have been here for the last 15 years, has really increased greatly because our population keeps increasing. And so we can’t produce teachers fast enough to really keep up with the number of students that we’re seeing in the classrooms.”

As for Granahan, she says the master’s program has changed her outlook on teaching.

“Prior I would have probably just stayed in the classroom or looked more at the reading aspect of things.”