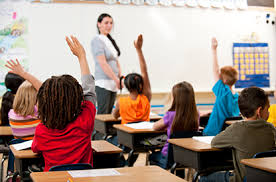 The governor announced Thursday he’ll increase per student spending to the highest level in state history.

Scott says he’ll call for a $232 increase in per student spending when the Legislature reconvenes in the spring.

That’s an overall funding increase for public schools of about $700 million.

Joanne McCall of the Florida Education Association says the proposal is politically motivated.

“The session will not occur until after this general election, so what’s to say he will hold true to this promise? He has had four years to show us he has cared about the kids of this state, and he has shown us we have not been a priority in his state.”

McCall says Scott cut education funding by $1.3 billion during his first year in office. She says funding remains less than what it was seven years ago.