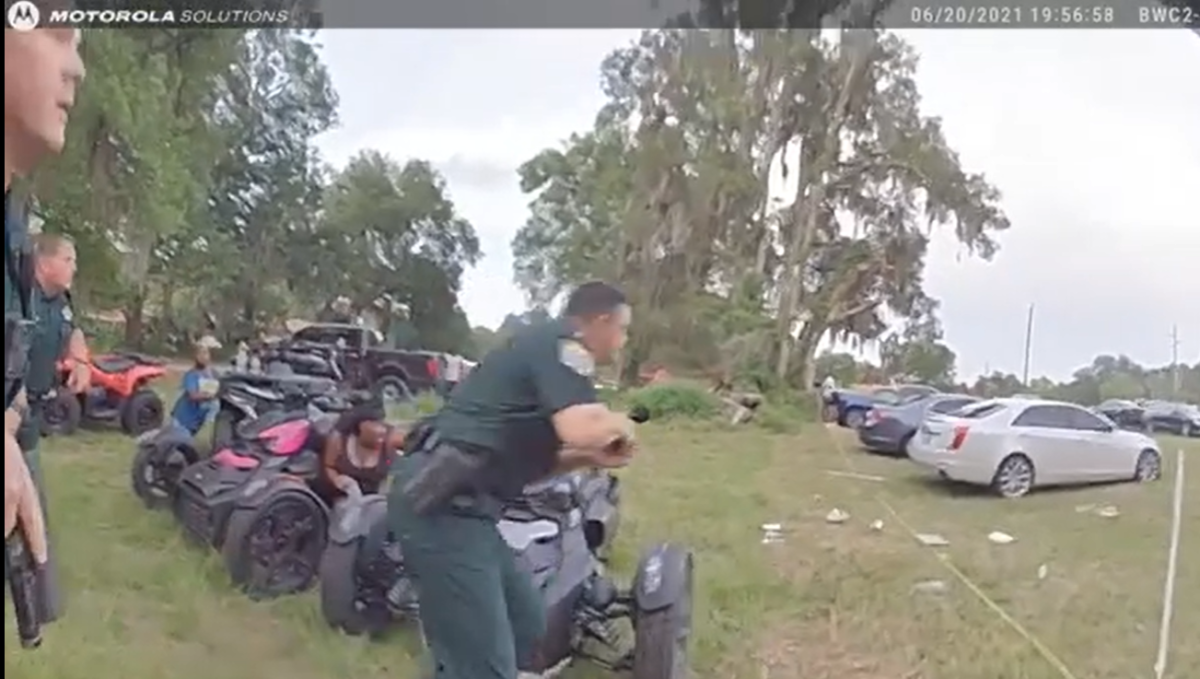 Sheriff's deputies run toward a shooting suspect in Royal Sunday evening in this image from body camera video. Image: SCSO via Facebook

A shooting at a large Father’s Day gathering west of Wildwood left a 25-year-old Tampa woman dead and 9 people injured.

Sumter County Chief Deputy Chris Haworth says the shooting occurred shortly before 8 p.m. when 22-year-old Rafael Thomas came upon Cornecia Smikle, with whom he had some type prior disagreement. She was there with family and friends.

“It was absolute happenstance,” Haworth said. “Our suspect brandished a firearm and started shooting at the other person.”

Deputies say he killed her with a 9mm handgun and hit several others. One person remained in intensive care on Monday.

They were at the annual Father’s Day event on County Road 235 in Royal with thousands of people.

Deputies arrested the Tampa man on homicide, eight counts of aggravated battery and a weapons charge.

“We identified the suspect and were able to apprehend him,” he said. “And everyone tried their very best to provide life-saving measures.”