Tampa Police Make Arrest In Connection With String Of Murders 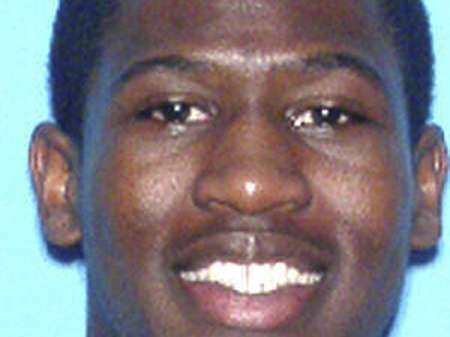 This undated photo provided by the Tampa Police Department shows Howell Emanuel Donaldson. Police in Tampa say they have arrested, Donaldson, 24, and will charge him with murder in a string of recent homicides.

Police in Tampa, Fla., say they have arrested the man they believe is responsible for a string of killings in the Seminole Heights area, thanks to a tip received by a police officer doing paperwork at a local McDonald’s.

A customer apparently tipped off the officer that a man at the fast-food restaurant had a gun.

As The Tampa Bay Times reports: “The investigation raced from there. A 24-year-old man was taken in for questioning. Crime tape went up. Officers descended on the Ybor City fast food joint, then a family home in Sulphur Springs. Television cameras stood watch. So did residents, wondering what it all meant. Anxious relatives of the victims waited for the news: Was an arrest finally at hand?”

The suspect, identified as Howell Emanuel Donaldson, will be charged with four counts of first-degree murder in the series of fatal shootings, said Tampa Police Chief Brian Dugan.

The Associated Press reports: “Residents and police had been on edge since Oct. 9, when 22-year-old Benjamin Mitchell was shot to death. Two days later, 32-year-old Monica Hoffa, was slain. And on Oct. 19, Anthony Naiboa, 20, was killed after taking the wrong bus home from his new job. On Nov. 14, 60-year-old Ronald Felton was killed.”

Earlier, Dugan had cautioned the public that the tip was just one among some 5,000 leads the department had gotten – most, dead ends.

The Times says: “Later, he admitted sensing that this time would be different. ‘It just felt right,’ Dugan said at the Tuesday night news conference. ‘I kind of had a feeling that we were going to get a break.'”