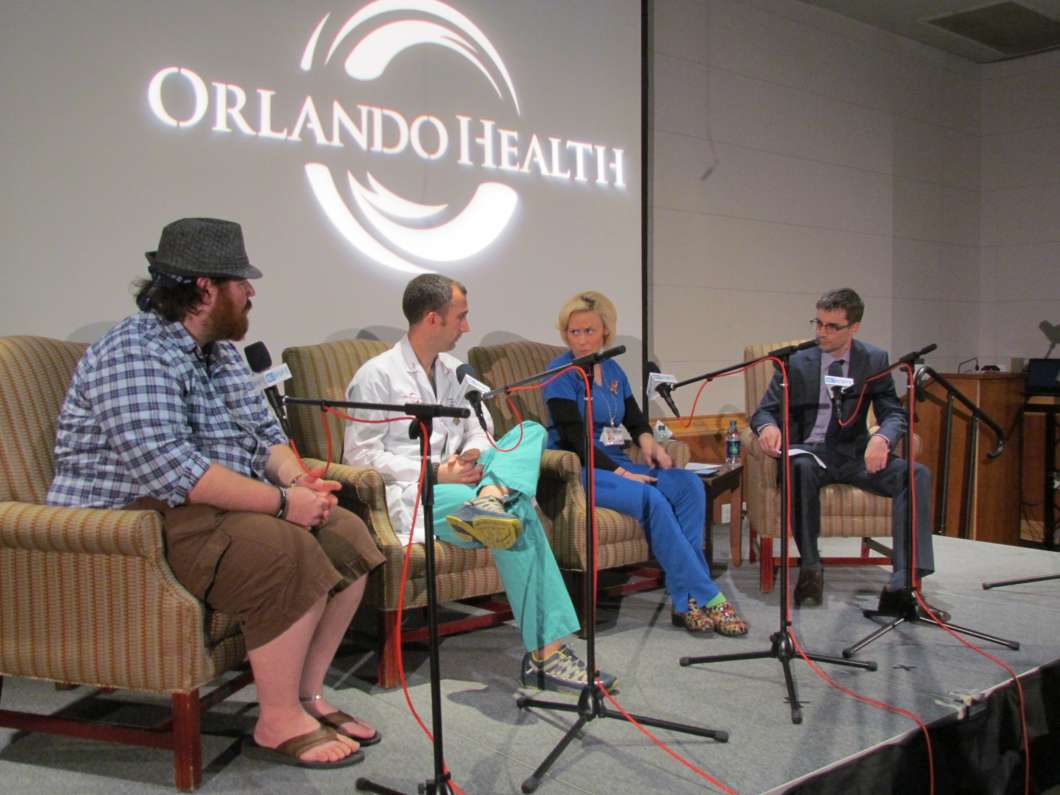 As part of the Taking Your Pulse project, 90.7 News recorded a live town hall in front of an audience at the Orlando Regional Medical Center:  the hospital where most of the victims from the Pulse nightclub shooting were treated.

Registered Nurse Libby Brown and Dr. Josh Corsa, senior surgical registrar with ORMC share their stories of how the medical first responders worked round the clock to save the lives of the injured.  We also hear from survivor Christopher Hansen, who escaped from the club after the shooting began, then went back to help rescue the wounded.

Click on the link below to hear the discussion:

Orlando Mayor Buddy Dyer and the Orlando Police Chief John Mina reflect on the response to the shooting at the  nightclub and how the city and police department have changed in the months since last June.

Click on the link below to hear the conversation with the Mayor & Police Chief:

QLatinX founder Christopher Cuevas and Terry DeCarlo, Executive Director of the Lesbian, Gay, Bisexual, Transgender Community Center of Central Florida  join us to explain how Orlando’s LGBTQ and LatinX communities rallied after the shooting and the next steps for those communities

Click on the link below to hear the conversation with Christopher Cuevas & Terry DeCarlo: