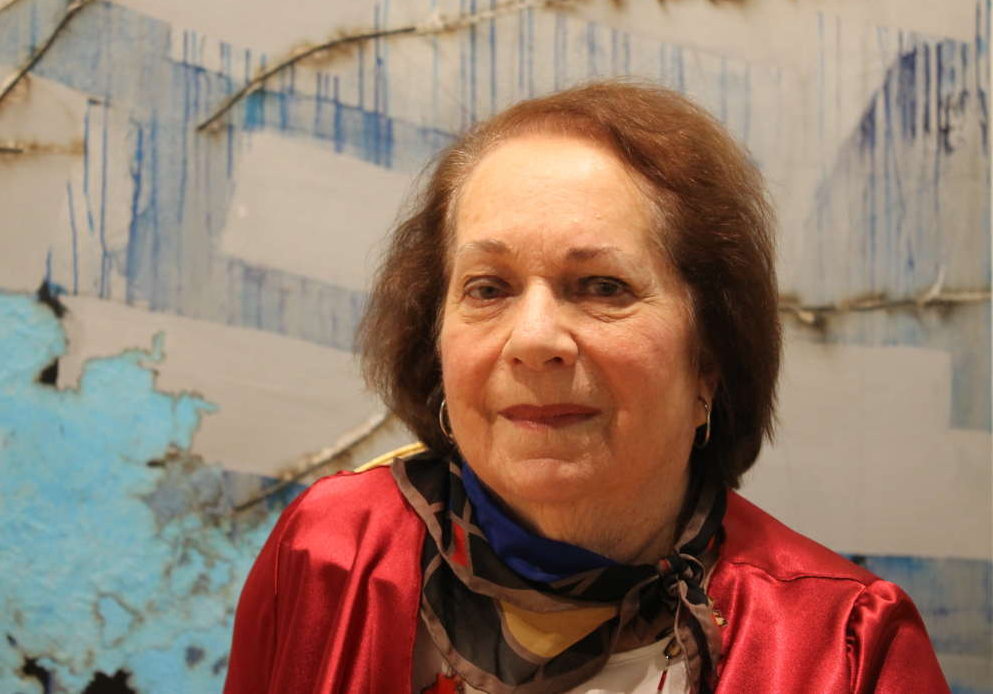 Miami artist Mira Lehr has been creating art for sixty years. Her mixed media pieces draw inspiration from the natural world, with a focus on the challenges facing the environment, like climate change and sea level rise.

90.7’s Matthew Peddie visited the museum as the artwork was being installed and spoke to the 85 year old Lehr about her half century making art, working with visionary architect Buckminster Fuller, and the power of art to effect change.

“Nature’s always been my subject,  but now it’s a subject with a twist because I’m nervous about what’s happening in our world,” said Lehr.

“The earth is challenged, and so a lot of this work has to do with showing the beauty of what we have, that we’re so lucky to have on our planet, and then hoping that they will respond and will want to care for it, and be very aware of making it viable so all our challenges will not destroy us.”

Lehr’s approach to art and the environment was influenced by the work she did with architect and inventor Buckminster Fuller on the World Game in the late ’60s.

“It’s the opposite of a war game. A war game, one side wins and the other side loses. In the World Game, every side wins, so that was our aim then and it’s still our aim now,” said Lehr.

“I think [Fuller] is coming back into the limelight now because we’re so troubled by what’s happening in the world, and he was addressing this so many years ago, it’s quite amazing. It’s doing more with less, which was his motto: take something and make the most of it, don’t take something a whole lot and make it less. If you do more with less, you have a more efficient planet.”

Part of the installation at the Mennello is a series of ‘mangroves’ made from marine rope and steel.

Lehr says she’s drawn to mangroves because of their vital role in Florida’s ecosystem: as nurseries for marine life, protection against storms and erosion.

“They’re also very beautiful, with how their limbs are also twisted, how a limb grows off another limb,” she added.