System In Eastern Caribbean Not Yet A Tropical Storm 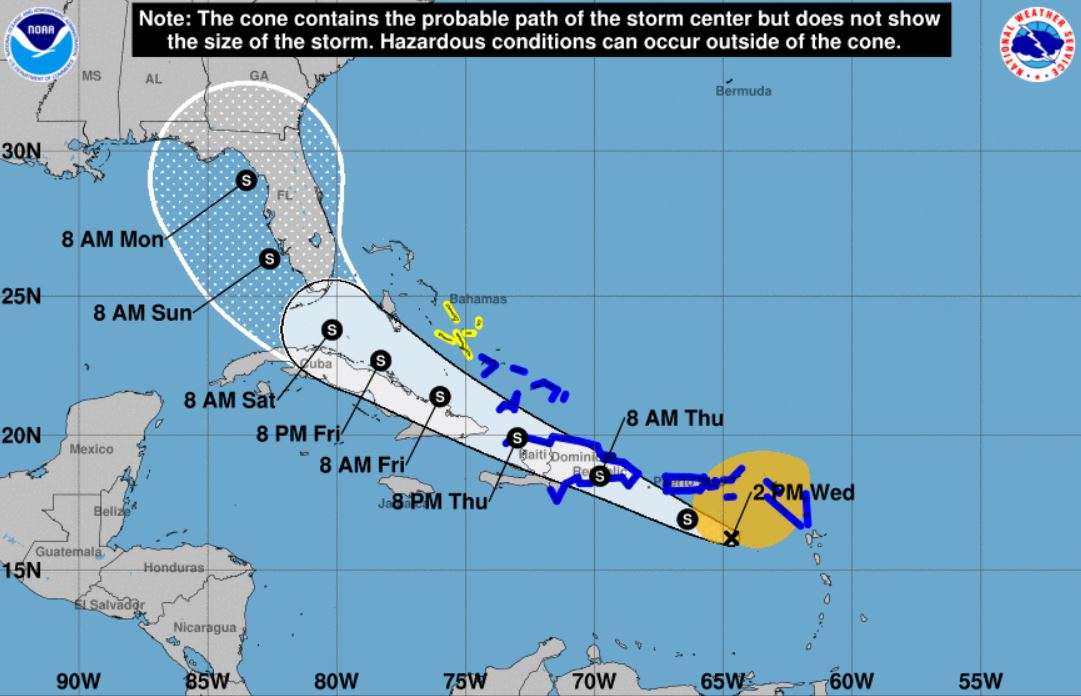 The National Hurricane Center is not quite ready to classify the system in the eastern Caribbean a tropical storm, stating in their 2 pm update that it still lacks a well-defined circulation.

“Satellite imagery has shown an uptick in thunderstorm activity today, which could indicate better organization and strengthening,” said Borowski.

“However, uncertainty with this one is unusually high, because there is no official center of circulation yet and we just don’t know how much it may interact with the islands of the Greater Antilles.”

Regardless of when its classified, Megan says there remains the potential for at least some impacts in Florida this weekend.

Updates this evening from the National Hurricane Center will be available in the mobile app Florida Storms.