Sweden Defeats The U.S. Women’s Soccer Team In An Olympic Stadium With No Fans 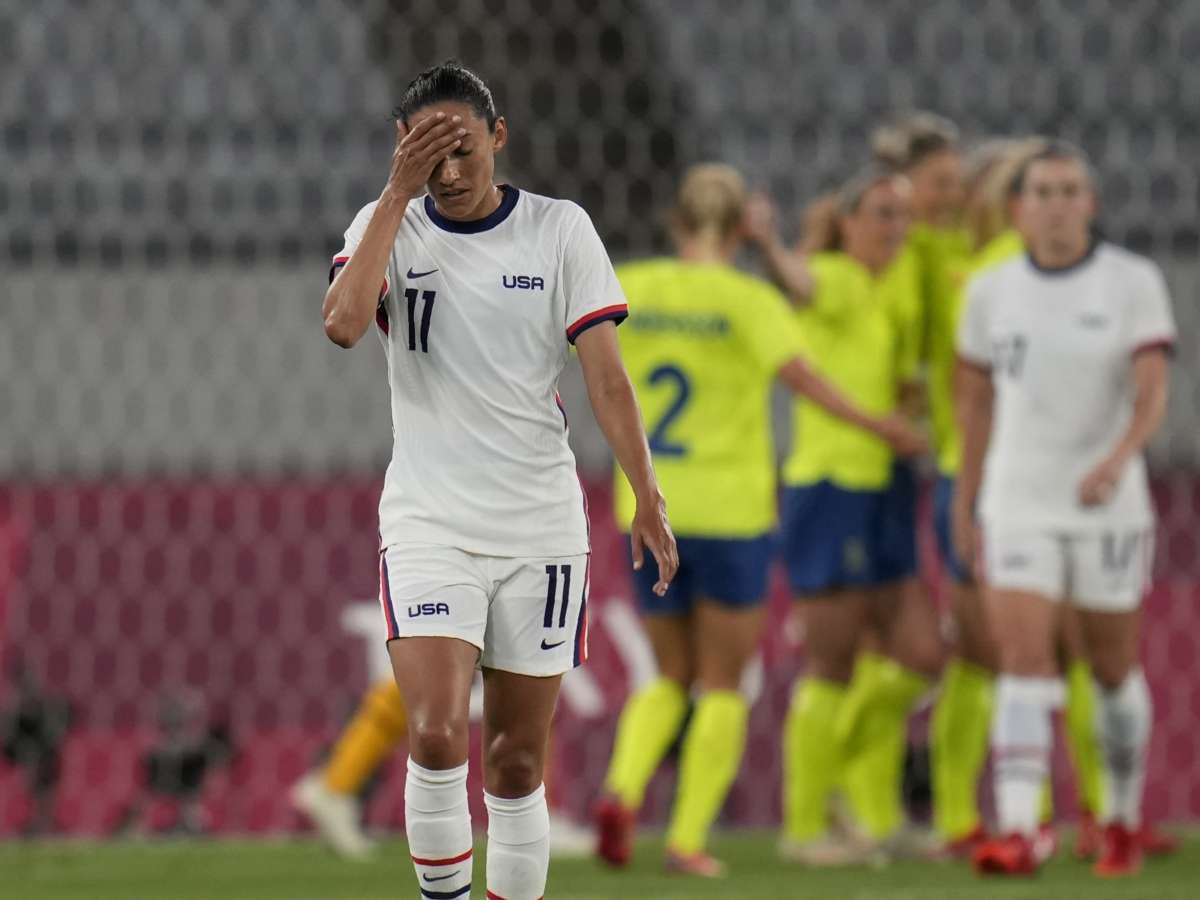 TOKYO — It was a devastating start to the Tokyo Olympics for the U.S. women’s soccer team. The U.S, ranked number one and the reigning World Cup champions, played a familiar foe: Sweden. And unfortunately for the U.S., it was a familiar result. Sweden beat them 3-0.

In the 2016 Rio de Janeiro Olympics, Sweden won against the U.S. in the quarterfinals, denying the squad a medal. The U.S. came into these Games seeking to become the first women’s team to ever take Olympic gold after winning the World Cup.

Today’s loss to fifth-ranked Sweden will make that feat more difficult, but does not rule it out.

The vast majority of the starting lineup in this game – seven out of 11 – were players who played in that 2016 match against Sweden. Those include stars such as Alex Morgan and Kelley O’Hara.

The action took place in a nearly empty stadium, since Olympic events in Tokyo are happening without fans due to a coronavirus-related state of emergency. As the players warmed up, an announcer called out each of their names – and no cheers followed for superstars such as Megan Rapinoe and Rose Lavelle.

The stadium was so quiet that press in the stands could actually hear snippets of what the players were yelling to each other. The gates where crowds usually enter were sealed closed, and the only food that appeared to be available was sold in the media center.

In a normal Olympics, the first U.S. women’s soccer game would be played in front of a packed stadium with throngs of fans who travelled from all over the world.

It was a most unusual game for the U.S., which played without its usual attacking zeal. Sweden dominated the first half with strong attacking runs and several defensive stops. Sweden got on the board in the 25th minute when Stina Blackstenius headed the ball into the goal. “Song 2” by Blur was startling as it blasted through the stadium, which was otherwise quiet except for a few claps in the press area.

The U.S. almost equalized just before halftime when midfielder Lavelle narrowly missed a goal off the post.

During halftime, a video of a small group of cheering fans came onto the stadium jumbotron — almost emphasizing their absence in the stadium.

The U.S. mixed up its lineup with two substitutions at the half, including defensive star Julie Ertz and veteran Carli Lloyd. Rapinoe subbed in about 10 minutes later. Still, Sweden scored two more times — with another goal from Blackstenius and one from Lina Hurtig.

In the group stage, the U.S. women will have two more games – against Australia and New Zealand. The top two teams in their group of four will then move on to the knockout round.