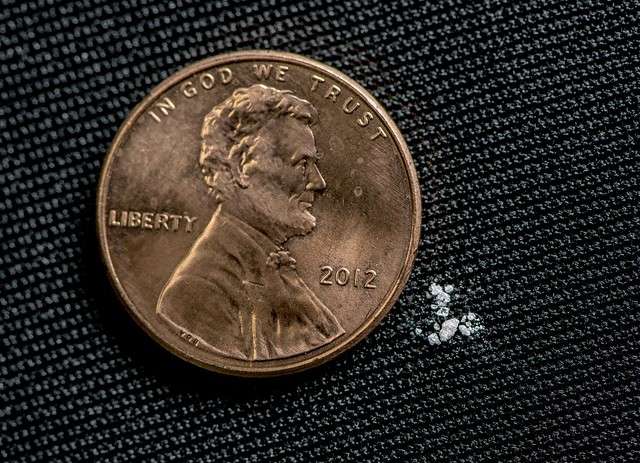 This is the amount of fentanyl that can be toxic. Photo: Flickr Creative Commons

That’s after a deputy and two firefighters fell ill after coming in contact with a substance believed to be fentanyl.

Sergeant Fred Jones says the substance is believed to have become airborne after the first responders pulled a car over, and the car’s occupants rushed to hide it.

He says the deputy passed out, and the NARCAN likely saved his life. The firefighters and one of the car’s occupants also showed symptoms of exposure.

Fentanyl deaths are the next phase of the opioid crisis. Photo: CDC

Barbara Carreno of the Drug Enforcement Administration says there would have been no way the first responders could have known they were entering a scene where fentanyl was present.

“Any of these white powders-methamphetamine is a white powder-and they can not be distinguished just to look at them. And so tests have to be done in the field or in the lab to know.”

FDLE is currently the testing the white powder they found in the car. Three people have been arrested as a result of the bust.

The CDC says it only takes the equivalent of a few grains of the drug to kill someone who isn’t an opioid user.