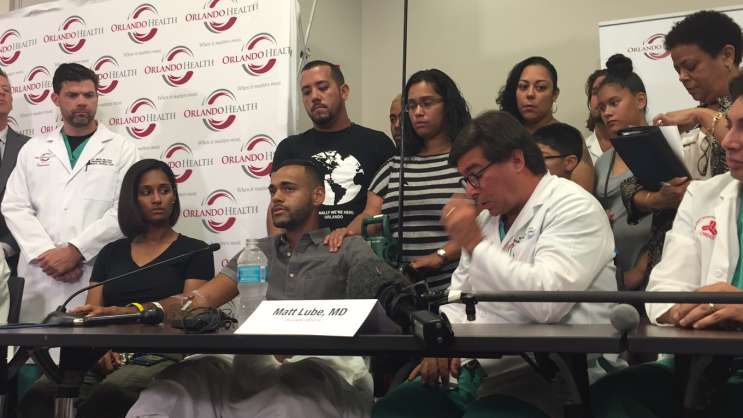 Survivor Angel Colon, who has been hospitalized with gunshot wounds, spoke from a wheelchair at a press conference at Orlando Regional Medical Center Tuesday.

He described terrifying minutes of lying on the floor with other club patrons, after the initial chaos that erupted when shooter Omar Mateen opened fire. Colon said Mateen then methodically shot at the people on the floor, one by one.

“I look over, and he shoots the girl next to me. And I’m just there, laying down and I’m thinking, ‘I’m next, I’m dead,'” said Colon. “So, I don’t know how, but by the glory of God, he shoots toward my head and he hits my hand. And then he shoots me again and it hits the side of my hip.”

Colon is among those recovering at ORMC.

Officials announced of the original 44 people hospitalized after the shooting, 27 are still there, and six are still in intensive care.