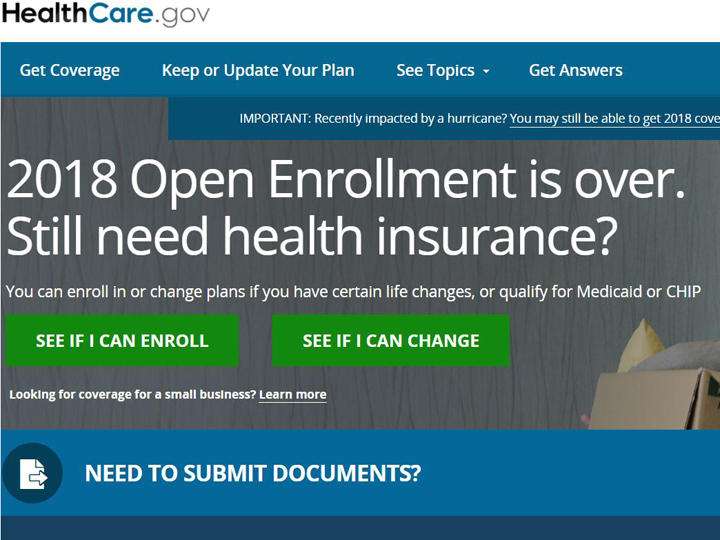 Floridians who didn’t buy health insurance through Obamacare by the deadline last week may still be able to enroll.

Floridians who didn’t buy health insurance through Obamacare by the deadline last week may still be able to enroll.

It’s not technically an extension of open enrollment. Instead, people living in Florida and Texas counties affected by the hurricanes qualify for a special enrollment period through December 31.

That means consumers can visit www.HealthCare.gov and call to have their applications unlocked.

Anne Packham, marketplace coordinator with the Primary Care Access Network, said people can also still get in-person help from a navigator by visiting www.CoveringFlorida.Org to help with the process.

“Pretty much you have to attest that you live in a hurricane affected area during the time of the hurricane which made it difficult for you to finish your enrollment. You don’t have to produce any documentation,” Packham said. “So what it means is you have to call the marketplace and get them to unlock your application so you can finish the enrollment process.”

Hit play to listen to an interview with Anne Packham about the special enrollment period.

Open Enrollment under the Trump administration was about half as long as last year. Still, more than 700,000 Floridians selected or were automatically re-enrolled in Obamacare plans during the final week of regular enrollment, bringing the state’s six-week enrollment total to 1.73 million. That’s nearly equal to last year’s 12-week total of 1.76 million enrollees.

The government says about 8.8 million people have signed up for coverage next year under the Affordable Care Act. A deadline surge last week appears to account for the surprisingly strong numbers.

The update came via Twitter from Seema Verma, head of the Centers for Medicare and Medicaid Services. Total national sign-ups won’t be known for weeks, as some states with later deadlines continue to enroll customers.

The latest enrollment numbers come a day after President Donald Trump proclaimed that the GOP tax bill “essentially repealed Obamacare.” But the tax overhaul only repealed the health law’s fines on people who don’t carry health insurance, starting in 2019.

Other major elements of the Obama-era law remain in place, including Medicaid expansion and protection for people with pre-existing conditions.