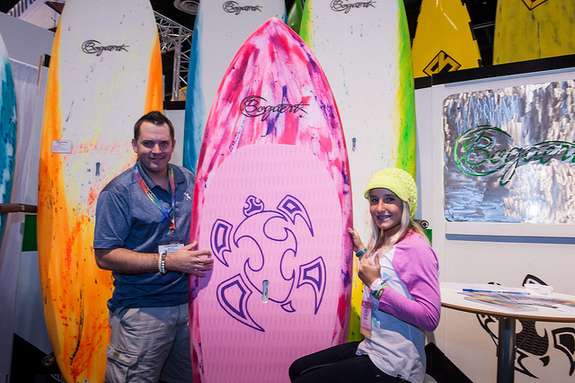 The giant Surf Expo is described as “All things surf” with over 26,000 attendees, 2,600 booths and 7,000 storefronts. It comes every January and September and draws buyers from specialty stores from around the world. The show features fashion shows, awards ceremonies, and demos and takes place inside the Orange County Convention Center Saturday 9 to 4.
The annual Crime line Chili Cook-off only costs five bucks but provides a day’s worth of stomach fillin’, gutt guzzlin’ paunch packin’ chili! The bowls and spoons come out Saturday starting at 11 at Seminole Harley-Davison at 620 Hickman Circle.

A play about two faded Weeki Wachee Mermaid performers living in seclusion will make you laugh til you cry. The play is called “Something’s Weird in Weeki Watchee” at tells the story of these two sisters who uncover a dark secret from their past with the help of their really, really gay nephew and a ghostly southern gentleman. The play runs every Saturday in January starting tomorrow night at 8 at the Parliament House.

Sunday it’s time once again for Uncomfortable Brunch at which an artsy movie is shown in the company of others. You’re supposed to appreciate it, but you won’t because you’re being watched by other people wondering if you’re wondering if they’re appreciating the film. This week’s film is the Todd Solondz classic HAPPINESS. Tickets include a brunch, the movie and happy hour drink specials. Doors open at 11 this Sunday at Wills Pub.
And as always, Orlando is wonderful.

Bill joined WMFE in September 2008. He started his radio career at WFCS at Central Connecticut State University in New Britain Connecticut where he hosted a weekly comedy/variety show and gospel and blues programs. Bill then spent 10 years at WNPR in Hartford, Connecticut, where he worked in radio operations and ... Read Full Bio »