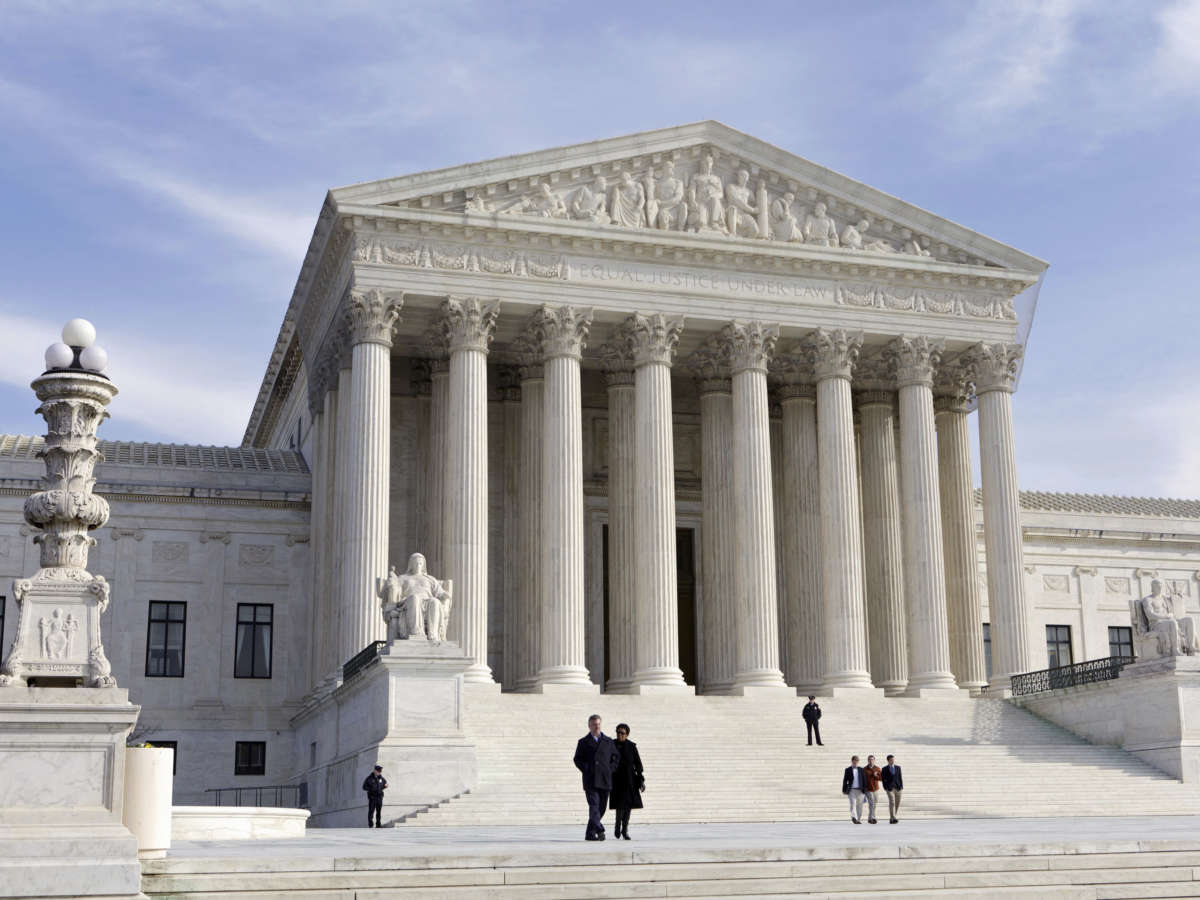 The decision left open the option for abortion providers to challenge the Texas law in other ways in the future, leaving open the possibility–even likelihood– that the case will return to the Supreme Court, though not for months or longer.

The opinion was unsigned. It said the abortion providers didn’t properly address “complex and novel antecedent procedural questions” in their case.

“In reaching this conclusion, we stress that we do not purport to resolve definitively any jurisdictional or substantive claim in the applicants’ lawsuit,” the decision said. “In particular, this order is not based on any conclusion about the constitutionality of Texas’s law, and in no way limits other procedurally proper challenges to the Texas law, including in Texas state courts.”

The ban on abortions after six weeks of pregnancy is well before most women even know they are pregnant and is at odds with the Supreme Court’s precedents, which prohibit states from banning abortions prior to fetal viability — usually between 22 and 24 weeks. The Texas bill, however, was structured to insulate the law from being tested quickly in court.

Because the established procedure for challenging a state law is to sue officials charged with enforcement, the Texas state legislature wrote the law instead to put citizens in charge of enforcement. Specifically, the law allows anyone, without establishing any vested personal interest, to sue clinics and individuals alike for “aiding and abetting” abortions performed after six weeks.

That potentially puts in the crosshairs of liability not just clinics, but individuals who staff the clinics, who drive patients to clinics or help finance abortions.

The court’s action came just before midnight on Wednesday, nearly a day after the law went into effect. Reproductive rights advocates late last week filed an emergency appeal with the court after a panel of the Fifth Circuit Court of Appeals cancelled a hearing that had been scheduled by a federal trial judge on whether to block the law.

Chief Justice Roberts, in dissent, said he would have temporarily blocked the law from going into effect in order to give the lower courts adequate time to hear and decide “whether a state can avoid responsibility for its laws” by “essentially delegat[ing] enforcement to…the populace at large.”

The case, he acknowledged, does present difficult and novel questions, but none of those questions had been thoroughly considered yet by the lower courts. Nor, Roberts said, had the cases been fully briefed or considered by lower court judges.

Breyer, citing the famous 1803 case of Marbury v. Madison, said that normally where a legal right is invaded, the law itself “provides a legal remedy by suit,” and this law, he suggested, does the opposite.

Justice Kagan, in her written dissent, said “Texas’s law delegates to private individuals the power to prevent a woman from obtaining an abortion during the first stage of pregnancy. But a woman has a federal constitutional right to obtain an abortion during that first stage,” a right that the Supreme Court has endorsed repeatedly over nearly a half century.

Justice Sotomayor used bolder language than the three other dissenters.

“The court’s order is stunning, ” she wrote. “Presented with an application to enjoin a flagrantly unconstitutional law engineered to prohibit women from exercising their constitutional rights and evade judicial scrutiny, a majority of Justices have opted to bury their heads in the sand….Because the court’s failure to act rewards tactics designed to avoid judicial review and inflicts significant harm on the applicants and on women seeking abortions in Texas, I dissent.”