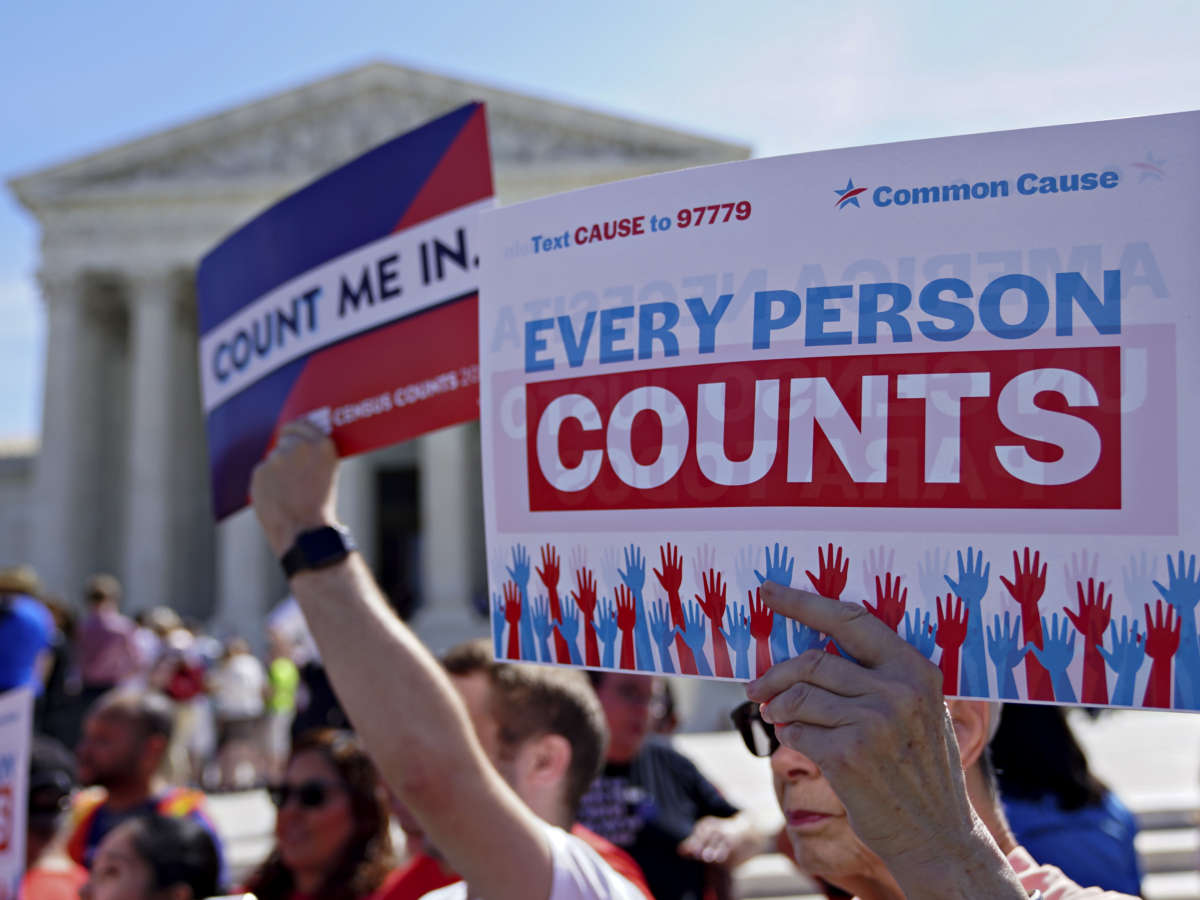 Demonstrators hold signs about the 2020 census outside the U.S. Supreme Court in 2019.
Image credit: Andrew Harrer

The U.S. Supreme Court has granted the Trump administration’s request to speed up the appeal of a lower court ruling that is blocking the president’s attempt to exclude unauthorized immigrants from the census numbers used to reallocate seats in Congress.

The move sets up an expedited legal fight that includes a hearing before the high court on Nov. 30, a month before federal law says the latest state population counts for reapportioning the 435 seats in the House of Representatives among the states are due to the president. The timing increases the potential for Trump to try to make the unprecedented change to who is included in the numbers while he is in the White House.

Since the first U.S. census in 1790, the numbers of U.S. residents who are counted to determine each state’s share of congressional seats have included both citizens and noncitizens, regardless of immigration status.

Federal law requires the president to deliver to Congress “a statement showing the whole number of persons in each State” based on the once-a-decade census.

In September, a lower federal court in Manhattan declared Trump’s memo an illegal overreach of the president’s limited authority, as delegated by Congress, over the census.