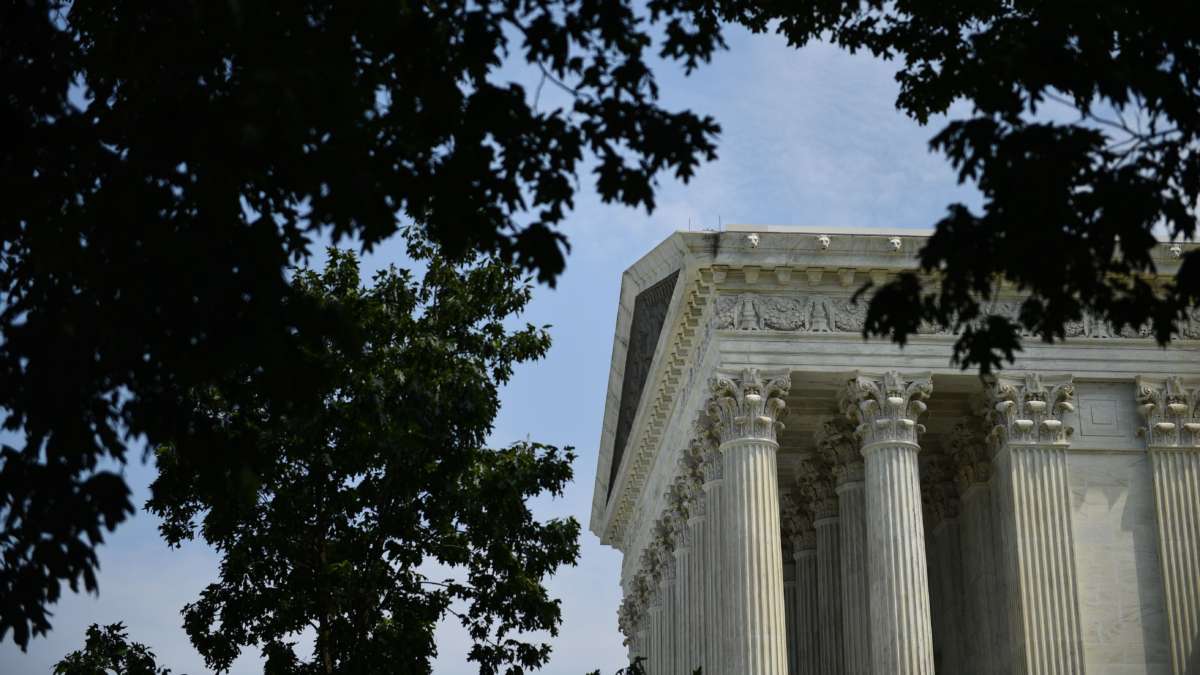 The Supreme Court ruled Thursday that about half of the land in Oklahoma is within a Native American reservation as stated in treaties.
Image credit: Brendan Smialowski

The Supreme Court ruled Thursday that about half of the land in Oklahoma is within a Native American reservation, a decision that will have major consequences for both past and future criminal and civil cases.

The court’s decision hinged on the question of whether the Creek reservation continued to exist after Oklahoma became a state.

“Today we are asked whether the land these treaties promised remains an Indian reservation for purposes of fed­eral criminal law. Because Congress has not said otherwise, we hold the government to its word,” Justice Neil Gorsuch wrote in the majority opinion.

The ruling will have significant legal implications for eastern Oklahoma. Much of Tulsa, the state’s second-largest city, is located on Muscogee (Creek) land. The Muscogee (Creek) Nation cheered the court’s decision.

“The Supreme Court today kept the United States’ sacred promise to the Muscogee (Creek) Nation of a protected reservation,” the tribe said in a statement. “Today’s decision will allow the Nation to honor our ancestors by maintaining our established sovereignty and territorial boundaries.”

In a dissenting opinion, Roberts, the chief justice, wrote that the decision “will undermine numerous convictions obtained by the State, as well as the State’s abil­ity to prosecute serious crimes committed in the future,” and “may destabilize the governance of vast swathes of Oklahoma.”

Kevin Washburn is dean of the law school at the University of Iowa, where he teaches a course on federal Indian law — “It’s basically 15 weeks of how the law in the United States has failed my people,” he said.

He served as assistant secretary of Indian affairs from 2012 to 2016, and he’s a citizen of the Chickasaw Nation of Oklahoma. He called the court’s ruling “a great decision.”

“For Indian people, their land is really important, and treaties are really important. They’re sacred. And this reaffirms the sacredness of those promises and those treaties.”

“Now and then there’s a great case that helps you keep the faith about the rule of law,” he said. “And this is one of those.”

The ruling has a number of significant consequences for criminal law in the relevant portion of Oklahoma.

The first is that going forward, certain major crimes committed within the boundaries of reservations must be prosecuted in federal court rather than state court, if a Native American is involved. So if a Native American is accused of a major crime in downtown Tulsa, the federal government rather than the state government will prosecute it. Less serious crimes involving Native Americans on American Indian land will be handled in tribal courts. This arrangement is already common in Western states like Arizona, New Mexico and Montana, said Washburn.

Then there’s the issue of past decisions — many of them are now considered wrongful convictions because the state lacked jurisdiction. A number of criminal defendants who have been convicted in the past will now have grounds to challenge their convictions, arguing that the state never had jurisdiction to try them.

The case before the court, McGirt v. Oklahoma, concerned Jimcy McGirt, an enrolled member of the Seminole Nation of Oklahoma who was convicted of sex crimes against a child on Creek land. In post-conviction proceedings, McGirt argued that the state lacked jurisdiction in the case and that he must be retried in federal court. The high court agreed.

The ruling will affect lands of the Muscogee and four other Oklahoma tribes with identical treaties. Civil court issues are also affected.

It’s important to note that the case concerned jurisdiction, not land ownership.

Washburn compares a reservation to a county — terms that describe jurisdictional boundaries.

Oklahoma Attorney General Mike Hunter released a joint statement with the Muscogee (Creek), Cherokee, Chickasaw, Choctaw and Seminole nations on Thursday, indicating that they “have made substantial progress toward an agreement to present to Congress and the U.S. Department of Justice addressing and resolving any significant jurisdictional issues.”

Ian Heath Gershengorn, an attorney at Jenner & Block, argued McGirt’s case before the Supreme Court. He said his team was thrilled with the result and had felt optimistic knowing that Gorsuch could prove to be the deciding vote.

Gorsuch joined with the court’s more liberal members in the decision. Prior to his appointment to the high court, Gorsuch was a judge on the 10th U.S. Circuit Court of Appeals, which frequently sees cases involving Native American lands.

“Justice Gorsuch has made very clear in his short time on the bench that he takes the text deeply seriously,” Gershengorn said. “And I think you saw that the core of his analysis today was a textual one. We felt like we had the right argument at the right time for the right justice.”