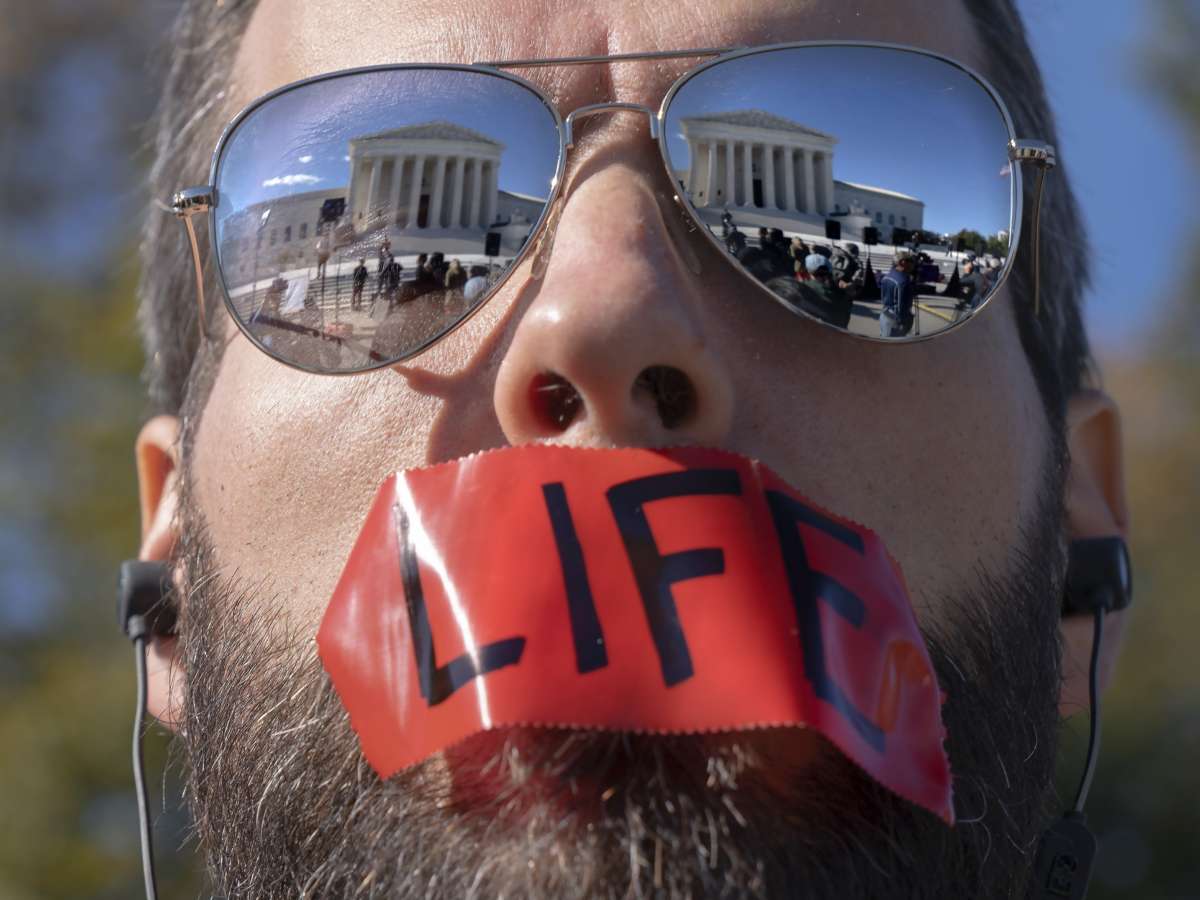 An anti-abortion activist rallies outside the Supreme Court on Nov. 1, as arguments about Texas' abortion law begin. The court has allowed the law to remain in place for now.
Image credit: Jacquelyn Martin

The U.S. Supreme Court allowed abortion providers to challenge the Texas law that essentially bans abortions after about six weeks. Separately, the court dismissed as improvidently granted the Justice Department’s challenge to the law.

The vote in the first case — Whole Woman’s Health v. Jackson — was 8-1, with only Justice Clarence Thomas dissenting. In the second — U.S. v. Texas — the vote was also 8-1 with Justice Sonia Sotomayor dissenting.

In effect, the justices allowed the abortion providers’ challenges to go ahead against Texas’ licensing officials – but not anyone else. The law remains in place as these challenges play out.

The court’s decision came just a little more than a month after hearing expedited arguments in the case Nov. 1.

At the time, the court’s decision to revisit its own actions from a month earlier, seemed to point to a change in position. But those hopes were dashed for abortion providers who had asked the court to intervene a second time, coupling their appeal with one from the federal government. The U.S. Justice Department contended it had the right to enforce federal constitutional rights, including the right to an abortion upheld by the Supreme Court for nearly a half century. The court disagreed.

The Supreme Court, however, still refused to touch the Texas law, known as SB 8, which effectively nullifies abortion rights by banning all abortions once cardiac activity is detected, which is usually about six weeks, and delegating enforcement to private citizens as a way to prevent quick judicial review of the law in the federal courts.