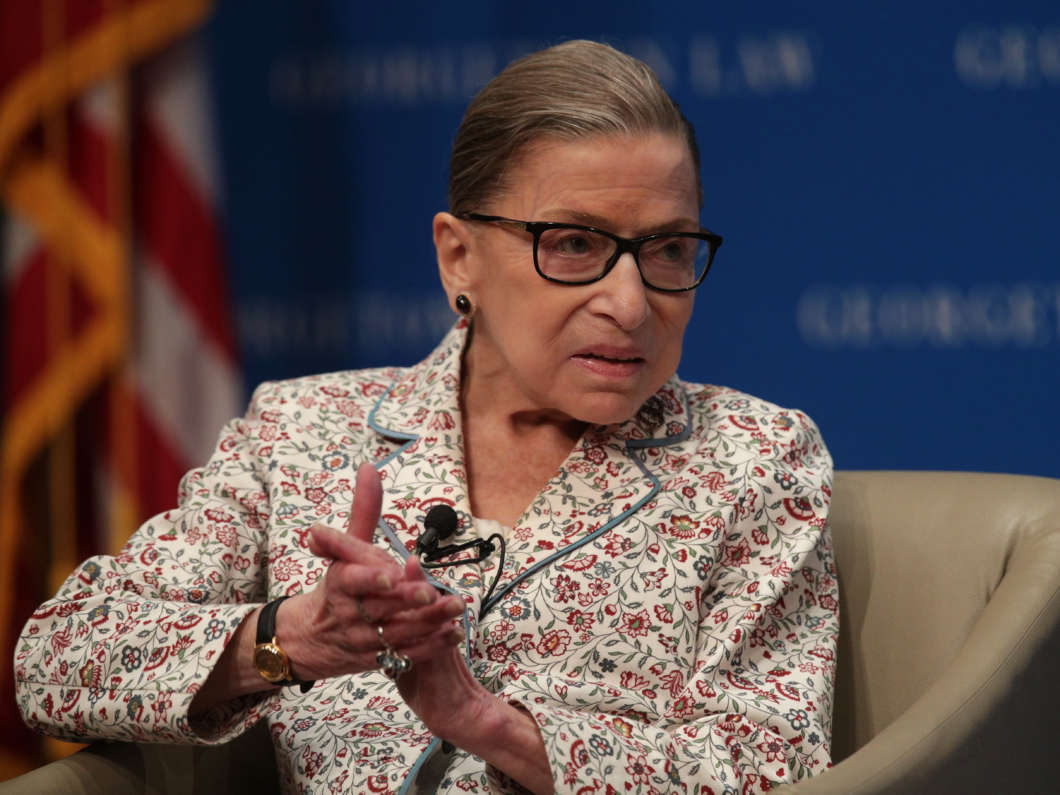 Supreme Court Justice Ruth Bader Ginsburg was admitted to Johns Hopkins Hospital in Baltimore on Friday after experiencing what the Supreme Court described as “chills and fever.”

“She was initially evaluated at Sibley Memorial Hospital in Washington, D.C. before being transferred to Johns Hopkins Hospital for further evaluation and treatment of any possible infection,” the court said in a statement. “With intravenous antibiotics and fluids, her symptoms have abated, and she expects to be released from the hospital as early as Sunday morning.”

The hospital stay is the latest in a series of recent health scares for the 86-year-old justice. Earlier this month, she missed oral arguments at the Supreme Court due to a stomach bug, and in August, Ginsburg completed three weeks of radiation treatment after a cancerous tumor was discovered on her pancreas. The leader of the court’s progressive wing has been treated for cancer in a variety of forms over the past 20 years, including an operation last December for lung cancer.

In an interview this summer with NPR, Ginsburg addressed concerns around her health and dismissed worries about her future on the court.

“There was a senator, I think it was after my pancreatic cancer, who announced with great glee that I was going to be dead within six months,” she recalled. “That senator, whose name I have forgotten, is now himself dead, and I,” she continued, “am very much alive.”

President Trump has filled two seats on the Supreme Court during his term — Neil Gorsuch in 2017 followed by Brett Kavanaugh in October 2018. The appointments cemented a 5-4 conservative majority on the court.

Ginsburg has not signaled any desire to give up her seat but were she to leave the court prior to next year’s election, Senate Majority Leader Mitch McConnell, R-Ky., has said he would move quickly to fill the vacancy. In 2016, McConnell refused to consider a vote for Merrick Garland, an Obama nominee, arguing that a Supreme Court vacancy should not be filled during an election year.