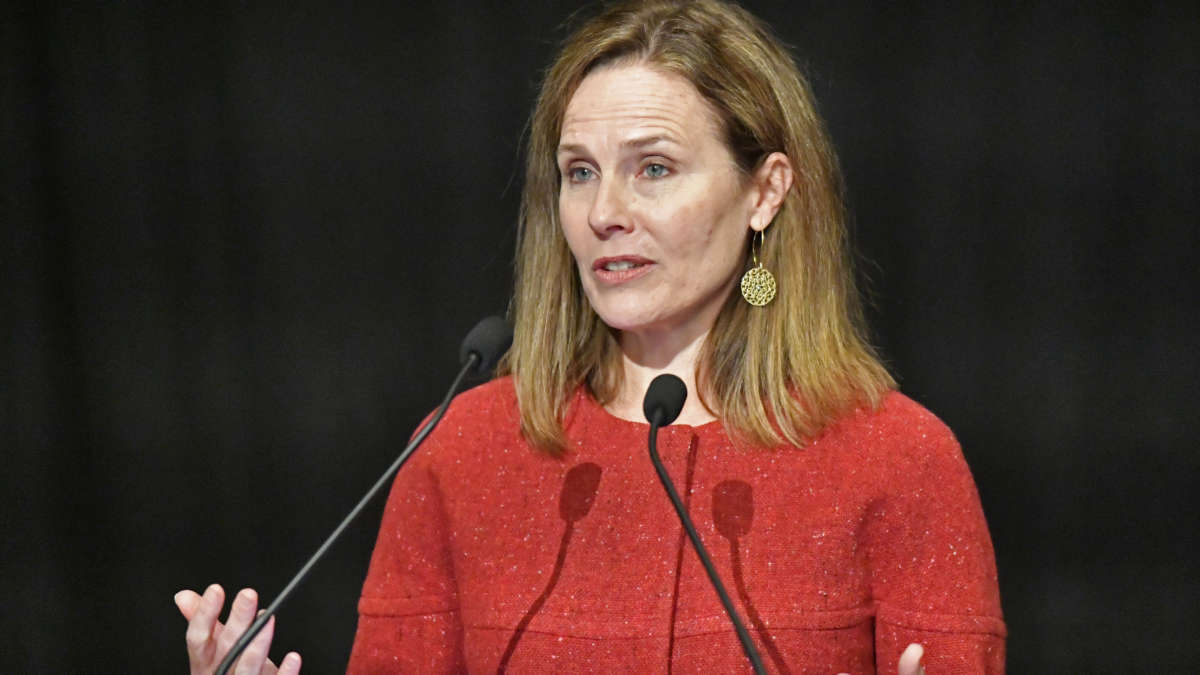 Supreme Court Justice Amy Coney Barrett speaks Sunday at the University of Louisville's McConnell Center in Kentucky. She told an audience that "judicial philosophies are not the same as political parties."
Image credit: Timothy D. Easley

Supreme Court Justice Amy Coney Barrett warned that her colleagues on the bench must be “hyper vigilant” to ensure their personal biases aren’t creeping into their decisions.

But she said that “judicial philosophies are not the same as political parties.” Barrett, a conservative picked by former President Donald Trump to fill the seat left open by the death of liberal Justice Ruth Bader Ginsburg, said that people were wrong to see the court as a partisan institution.

“To say the court’s reasoning is flawed is different from saying the court is acting in a partisan manner,” Barrett said. “I think we need to evaluate what the court is doing on its own terms.”

Barrett, confirmed to the high court after a pitched partisan battle, spoke Sunday at the University of Louisville’s McConnell Center, and was introduced by Senate Minority Leader Mitch McConnell, R-Ky., for whom the center is named.

Barrett refused to answer questions about recent rulings by the court upholding Texas’ controversial law effectively banning abortion after about six weeks and allowing a lower court ruling ordering the Biden administration to reinstate a Trump immigration program to stand.

She said it would be “inappropriate” for her to comment on specific cases.

However, Justice Stephen Breyer had no such compunction, calling the Texas decision “very, very, very wrong” in a recent interview with NPR’s Nina Totenberg.