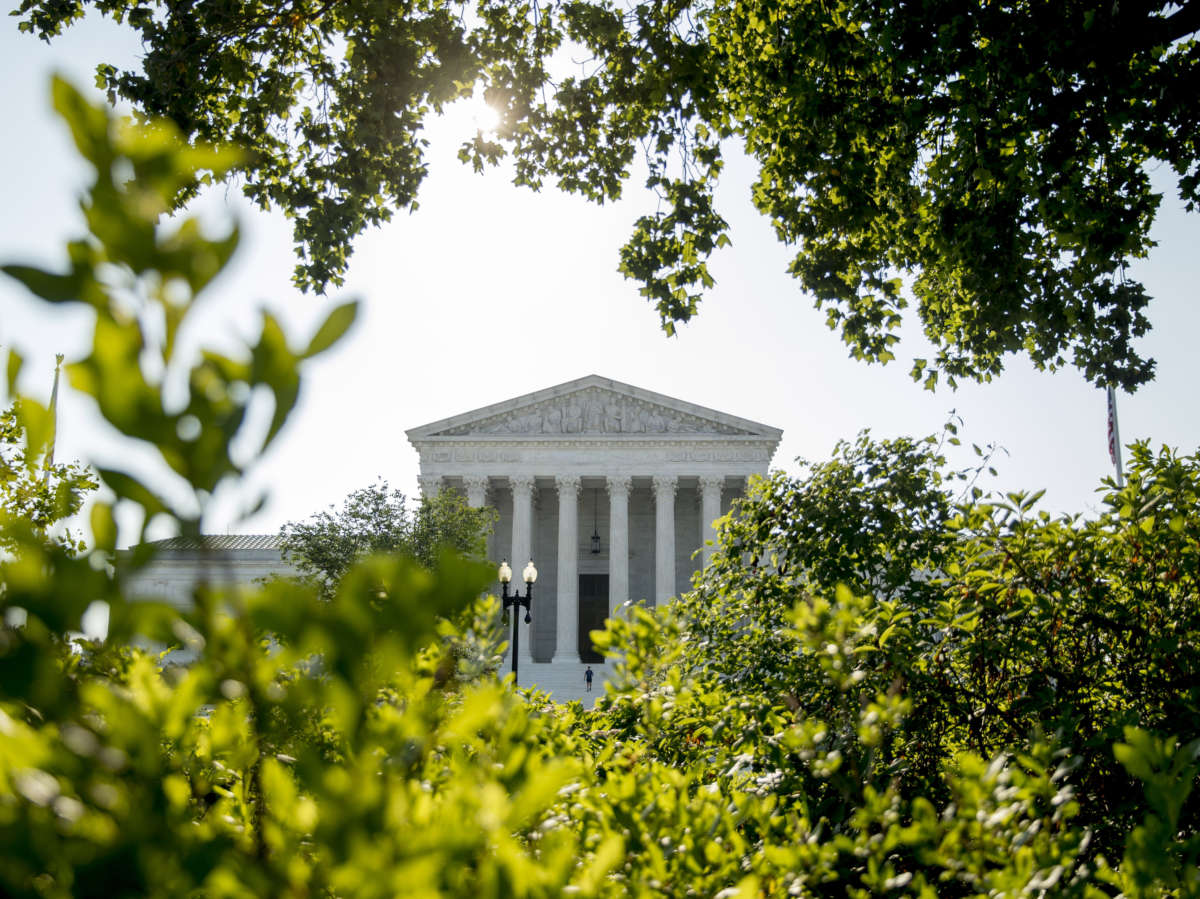 The U.S. Supreme Court has left in place a lower court order that likely will prevent hundreds of thousands of ex-felons in Florida from voting in the November election. It is the fourth time that the court has refused to intervene to protect voting rights this year.

The others instances came in cases from Wisconsin, Alabama and Texas, and overruled lower court decisions that sought to allow more absentee ballot voting during the coronavirus pandemic.

The Florida case is particularly fraught with partisan overtones.

In 2018, nearly two-thirds of the Florida electorate voted to amend the state constitution and allow ex-felons to vote. The amendment applied to ex-felons once they had completed their parole or probation periods, and it did not apply to those convicted of murder or sexual offenses.

The referendum was something of an end-run around the Republican-controlled state legislature, and its passage meant that some 1.4 million ex-felons in the state would be eligible to vote. It had bipartisan support outside the legislature from both conservative and liberal groups.

The GOP-controlled legislature, however, sought to limit the effects of the amendment by passing a law that conditioned the right to vote on payment of all fees, fines, and restitution that were part of the sentence in each felon’s case. The state, however, had no central listing of this information, and the legislature created no system to help ex-felons ascertain how much, if anything, they owed. Even the state ultimately agreed that it would take six years to create such a system.

Two ex-felons challenged the law in court, and initially won in both the federal district court and the court of appeals. In a second phase of the litigation, Judge Robert Hinkle held an eight-day trial and found that the “overwhelming majority” of ex-felons would be too poor to pay the amounts owed, if they could find out what they owed. Hinkle said that the pay-to-play law had created “an administrative nightmare,” and that it also amounted to an unconstitutional tax on voting.

His decision converted what had been a preliminary injunction barring the law from going into effect, into a permanent injunction.

But earlier this month, the Eleventh Circuit Court of Appeals, without explanation, two months after the court of appeals decision, stopped Hinkle’s order from going into effect. At the same time, the appeals court, which now includes six Trump appointees, set a hearing in the case for Aug. 18, the day of the state primary.

The ex-felons then appealed to the Supreme Court, and on Thursday, the court, also without explanation, refused to lift the Eleventh Circuit’s temporary order blocking ex-felons from registering or voting. For the estimated 85,000 who are already registered, they could be prosecuted if they vote and it turns out they have not paid the fees or fines owed.

“The real issue now is whether we can get any relief for these people before the November election,” said Paul Smith of the Campaign Legal Center, which has represented the ex-felons in their court battle.

Dissenting from the Supreme Court’s refusal to intervene in the case on Thursday were three of the court’s liberal Justices: Sonia Sotomayor, Ruth Bader Ginsburg and Elena Kagan.

Writing for the three, Sotomayor noted that the Eleventh Circuit “not only failed to defer to the District Court’s factual findings, but it also appears to contradict its [own] prior view” in this case.

Equally important, she said, “is that the Eleventh Circuit has created the very “confusion’ and voter chill” that the Supreme Court counseled against in 2006 when it told the lower courts not to make sudden changes in rules close to an election.

The unsigned opinion in that case, Purcell v. Gonzalez, was likely written by Chief Justice John Roberts. It said that “orders affecting elections, especially conflicting orders, can themselves result in voter confusion and consequent incentive to remain away from the polls. As an election draws closer, that risk will increase.”

But Justice Sotomayor on Thursday observed that until the Eleventh Circuit’s order temporarily halting Hinkle’s decision, there had been three rulings in the circuit taking an essentially unified position against the Florida law, including one by the circuit court court itself.

“Ironically,” she wrote, the court majority has “wielded Purcell as a reason to forbid courts to make voting safer during a pandemic, overriding two federal courts because any safety related changes supposedly came too close to election day.” And now, she concluded, “faced with an appellate court stay that disrupts a legal status quo and risks immense disenfranchisement–a situation that Purchell sought to avoid–the court balks.”