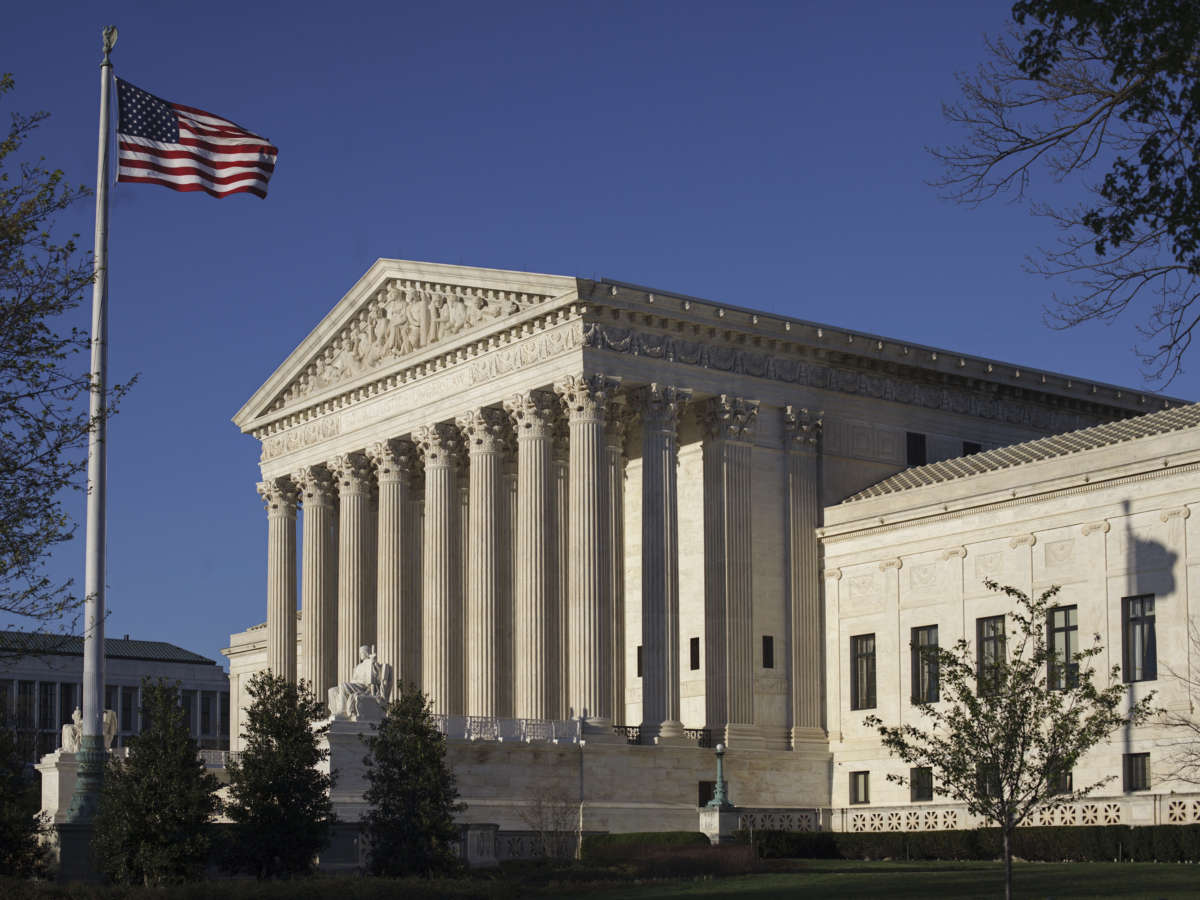 An epic argument at the U.S. Supreme Court on Wednesday: At issue is whether to reverse the court’s nearly half-century-old Roe v. Wade decision and subsequent decisions declaring that women have a constitutional right to terminate a pregnancy.

Until now, all the court’s abortion decisions have upheld Roe‘s central framework — that women have a constitutional right to an abortion in the first two trimesters of pregnancy when a fetus is unable to survive outside the womb, until roughly between 22 and 24 weeks.

But Mississippi’s law bans abortion after 15 weeks. A separate law enacted a year later would ban abortions after six weeks, and while the six-week ban is not at stake in this case, the state is now asking the Supreme Court to reverse all of its prior abortion decisions and to return the abortion question to the states.

This Supreme Court is more conservative

This is not the first time the court has been asked to reverse Roe. The last major challenge to abortion rights was in 1992 in a case called Planned Parenthood v. Casey. So it’s worth listening to what three justices said back then in reaffirming what they called “the central holding of Roe.”

Justice Sandra Day O’Connor spoke first from the bench: “Our obligation is to define liberty of all, not to mandate our own moral code.”

Justice Anthony Kennedy was next: “Our cases recognize the right of the individual, married or single, to be free from unwarranted governmental intrusion into matters so fundamentally affecting a person as the decision whether to bear or beget a child.”

And last was Justice David Souter: “The factual premises on which it rests are no different today from those on which the ruling rested initially … so to overrule in the absence of the most compelling reason … would subvert the court’s legitimacy beyond any serious question.”

Those justices, all appointed by Republican presidents, were centrist conservatives, but today’s Supreme Court supermajority of six justices, without exception, are all dramatically more conservative, and all have records opposing abortion rights.

Abortion “needs to be given back to the states”

In this case, Mississippi contends that Roe and Casey were egregiously wrong and undemocratic rulings. State Attorney General Lynn Fitch told the Explicitly Pro-Life podcast that abortion “needs to be given back to the states. The unelected judiciary don’t need to be making those decisions for us. … We all elect our legislators … and then you know what? They’re accountable.”

But lawyer Julie Rikelman of the Center for Reproductive Rights will tell the justices that’s wrong.

“The very essence of a constitutional right is that it is not up to the legislatures. … It’s a right that we all have [that] the legislators cannot take away from us,” she said in an interview with NPR.

Rikelman says she agrees that in the Casey decision, the court allowed states to regulate abortion to further a state’s interest in life, but she adds that because abortion is a constitutional right, the one thing a state cannot do is ban a woman’s right to an abortion prior to fetal viability, the point when the life of the fetus, now able to survive outside the womb, takes precedence in most instances.

Mississippi’s only abortion clinic doesn’t perform abortions past 16 weeks, which is earlier than clinics in most other states, but is still later than the 15-week ban. Clinic personnel say that this is “because all of the other restrictions that Mississippi has in place … make it incredibly difficult for the clinic to provide care after that point.”

How risky is it?

Mississippi says it put its 15-week ban into place, in part, because abortions are more dangerous later in pregnancy. Not so, says American Medical Association President Gerald Harmon: “We know that the risk of death during or after childbirth is substantially more than the risk of death … from an abortion,” he says.

Abortion-rights advocate Rikelman points to dramatic statistics in Mississippi, compiled by the state’s Department of Health. “In Mississippi, it is 75 times more deadly for a person to carry a pregnancy to term than to have an abortion,” she says.

For abortion opponents, however, there are moral issues involved. Lawyer Charles Cooper, who filed a brief siding with the state, points to “new scientific facts” about fetal development.

He cites “discoveries of when a fetus … begins to form the physiology of a human with fingers and toes and appendages.”

“It can make a sucking sound all before viability when an unborn child can begin to feel pain,” he says. “These are all … legitimate interest issues and scientific realities … that the people of the state are perfectly entitled to take into consideration.”

But those are not all scientific realities, according to a brief filed by the American Medical Association, the American College of Obstetricians and Gynecologists, other specialists in obstetrics and neonatology, and just about every major medical group in the United States. They dispute the notion of fetal pain pre-viability, asserting that the neural pathways in the brain that are required to feel pain have simply not developed before 24 weeks’ gestation.

While some of Wednesday’s argument may involve that question, the justices will largely focus on Roe and Casey, whether there is a constitutional right to abortion, and whether, after nearly a half-century and many decisions upholding the core of Roe, the court should reverse itself.

“There’s rarely been, in American jurisprudence, a decision as widely criticized as wrong, and even egregiously wrong, as Roe v. Wade,” Cooper said in an interview with NPR.

He argues that Roe is as wrong as the court’s 1896 Plessy v. Ferguson decision, which upheld racial segregation — a decision that took more than a half-century to reverse. “The justices of the court take an oath to protect and defend the constitution, not their precedents,” Cooper maintains.

What the Constitution says

The text, history and tradition of the 14th Amendment do not support any right to abortion, Cooper argues. How could it, he asks, when at the time the amendment was ratified in 1868, 30 out of 37 states banned abortion?

But Rikelman replies that the 14th Amendment is focused on “life after birth,” and others have noted that its text guarantees rights to those “born or naturalized” in the United States.

She argues that under the amendment’s “explicit protection for liberty,” the court has protected marriage, contraception and intimate relationships, even though those words are not in the Constitution, “just as it has protected the ability to make basic decisions about our bodies for over 100 years.”

“What’s critical to remember,” she contends, “is that the court has long said that a woman’s liberty interests are unique when it comes to pregnancy. Her body and health are deeply affected by pregnancy, as is the course of her life, her ability to work, go to school and to prosper.”

A brief filed by Texas Right to Life counters by declaring that “women can control their reproductive lives without access to abortion; they can do so by refraining from sexual intercourse. The only time abortion is needed to ensure women’s ability to control their reproductive lives is when a pregnancy results from non-consensual behavior as in cases of rape, or when a pregnancy is endangering her life.”

As Cooper sees it, if the court overturns Roe, even without explicitly saying so, the country will return to its natural order of things, as the Founders had intended.

“Issues that go to the moral, social and political values of people are decided by the people within their states,” he says. “That’s our system of federalism.”

Rikelman, however, counters that such a decision would result “in chaos.”

“If the court does overrule Roe and say that bans on abortion before viability are fair game … about half the states in the country would be poised to either ban abortion entirely or ban it at extremely early points in pregnancy,” she observes.

A decision in the case is expected by summer.