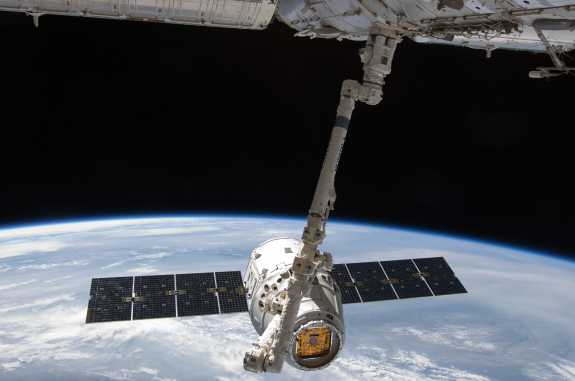 The SpaceX Dragon capsule pauses near the International Space Station so the robotic arm can grapple and berth it to a port on the station. The ISS will have to wait until at least January for another delivery. Photo credit: NASA

Astronauts aboard the International Space Station will have to wait until next month for their Christmas delivery.

SpaceX announced it was holding this week’s planned shipment until January due to technical concerns. Company officials say a test firing of the rocket engines at the Cape Canaveral launch pad did not go precisely as planned, and for safety reasons they want to conduct a second test before committing to a launch.

Combined with the Christmas and New Year’s holidays, as well as the sun’s angles on the space station, the earliest SpaceX can launch is January 6th.

NASA says the delay will not affect the I.S.S. or its six occupants.

The agency is paying SpaceX to launch supplies and experiments to the space station.