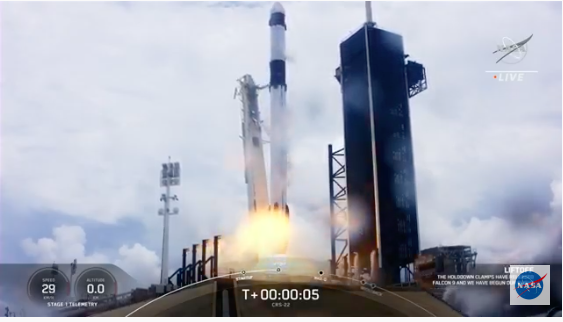 More than 7,000 pounds of supplies and science experiments are on the way to the International Space Station after launching Thursday afternoon from Kennedy Space Center.

SpaceX’s Falcon 9 rocket launched the Cargo Dragon capsule on a resupply mission for NASA. The capsule is packed with dozens of science experiments, crew supplies like fresh food and new hardware for the space station.

The Dragon will dock with the station Saturday morning and spend about a month at the ISS before returning to Earth, bringing with it some 3,000 pounds of returning science and gear.

After the launch from Florida’s Space Coast, SpaceX landed the first stage of the rocket booster on a barge at sea. It will be re-used to launch a crew of four astronauts to the station this fall.