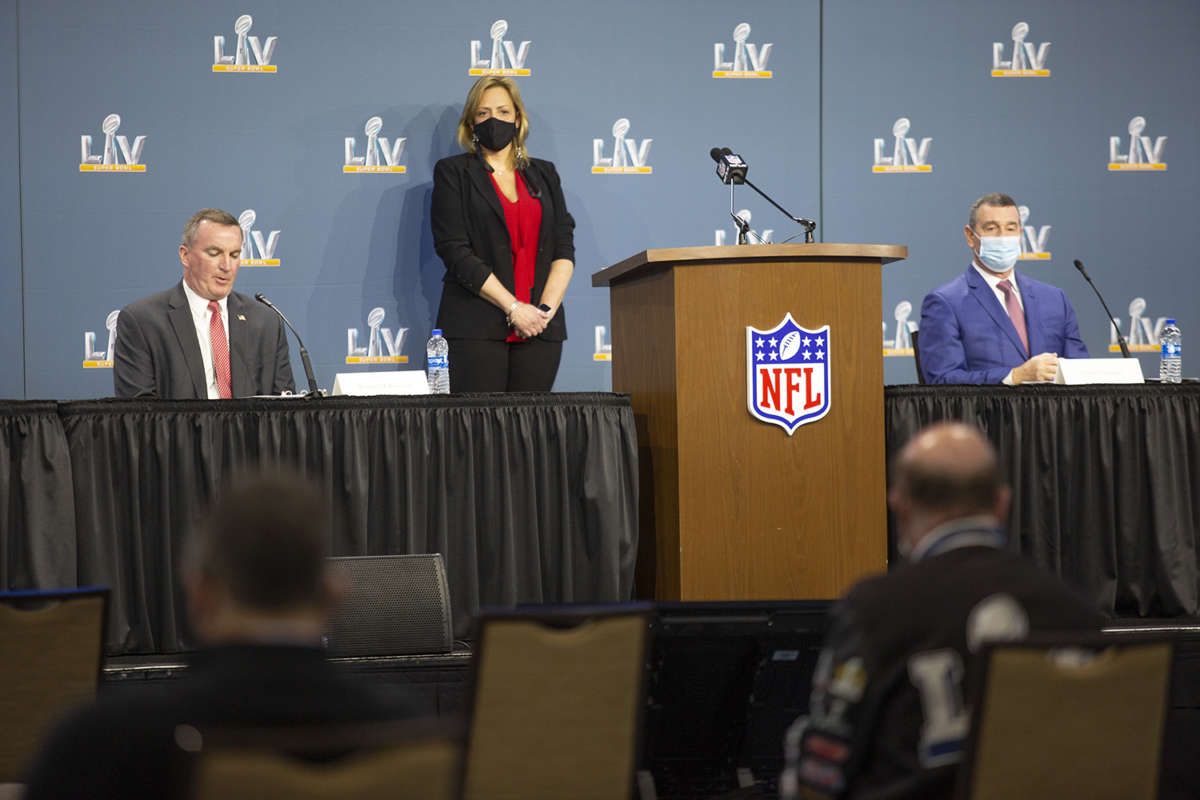 Super Bowl LV safety plans have been in the works for almost two years – well before the pandemic started.

The event has almost the highest security rating – just below the one for the presidential inauguration.

Cathy Lanier, Chief Security Officer for the National Football League, said there are currently no credible threats at the moment, but that the security rating allows for more resources to be available if needed.

More than 500 Department of Homeland Security Officers and more than 300 FBI agents have teamed up with about 70 state and local partners to secure the event.

Tampa Police Chief Brian Dugan said the goal is to have a fan-friendly experience that is safe for everyone.

“The hope is come Monday morning we’re celebrating a Bucs victory and no one knows who the chief of police is in the city of Tampa.”

Dugan added the city will have more code enforcement officials roaming about to make sure bars and restaurants are all following mask ordinances and social distancing requirements.

Local agencies are also keeping an eye out for any signs of human trafficking, an issue they fight daily in Florida – a state that logs the third most calls to the National Human Trafficking Hotline.

Michael McPherson of the FBI said while there have been no credible threats so far, the Super Bowl is an attractive target.

“Terrorism moves at the speed of social media, and that is both on the international and the domestic front.”

McPherson said privacy controls and encrypted apps like Signal make their work difficult. So he urges the public to keep an eye out and report any suspicious behavior.

There are several restrictions for the day of the game, including a ban on drone use in and around Raymond James Stadium.

Here are some things fans can expect to see in and around the stadium on the day of the event:

You can find more information on NFL health and safety here.