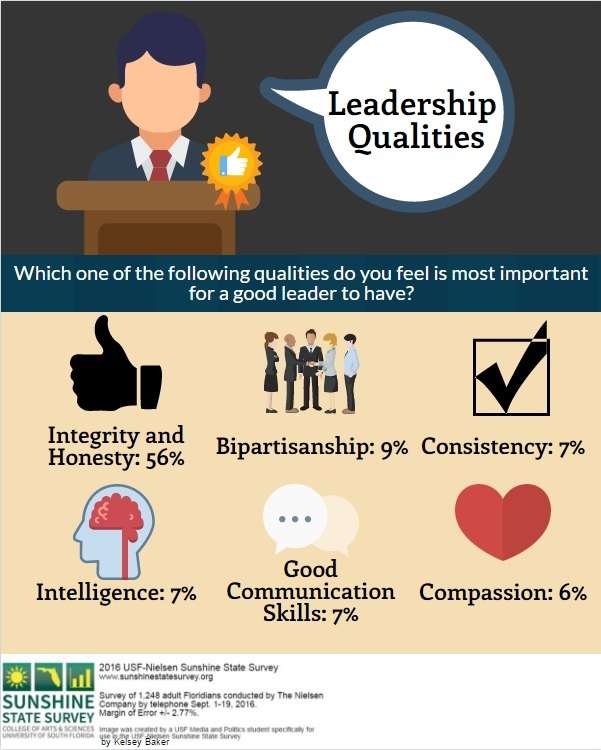 When it comes to the Florida legislature, nearly 90 percent oppose extending terms limits in Tallahassee.

The Sunshine State Survey also finds that more Floridians feel racial and ethnic differences create the biggest divide, that’s up from 2014 when partisan differences was cited as the state’s biggest obstacle.

The USF-Nielsen survey questioned 1,248 Floridians 18 and older during the first half of September.