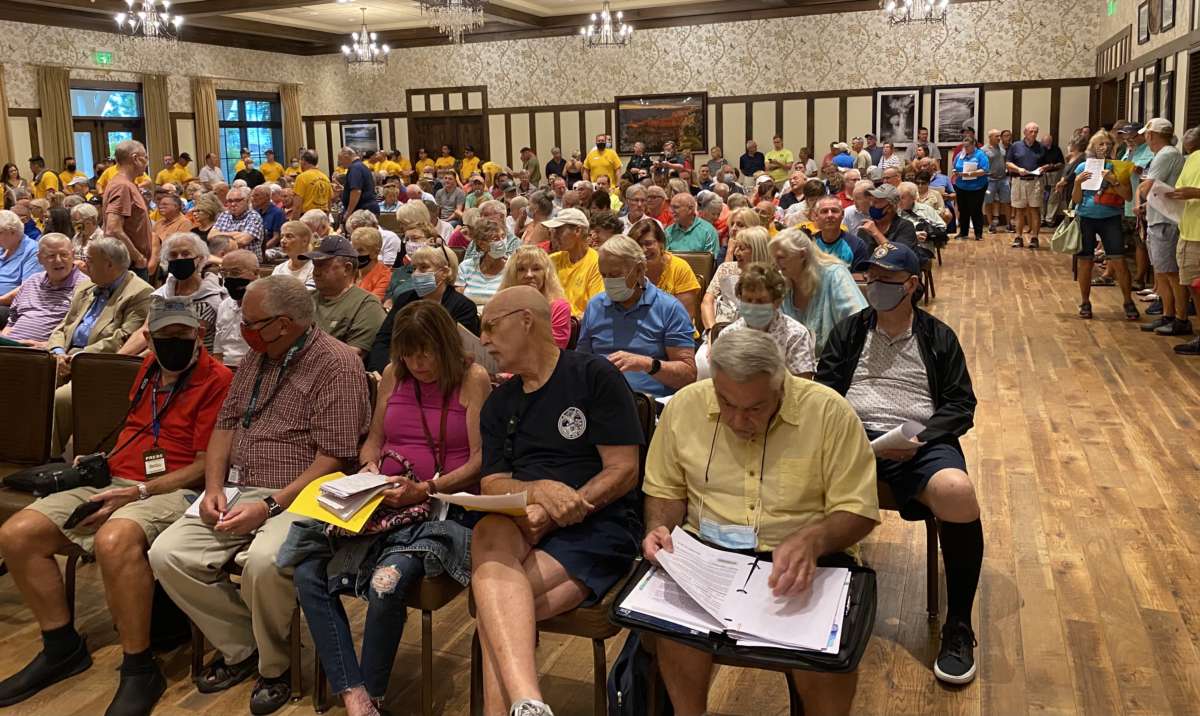 Sumter County commissioners voted unanimously Tuesday night to split the ambulance service between the county and The Villages fire departments.

People complained that response times for AMR ambulances were too slow. And with AMR’s contract expiring in September of next year, Sumter County formed a committee of experts to recommend how best to move forward.

The committee reviewed 10 options, and while it preferred its own plan, which would have the county alone in charge of ambulance services, much of the public supported a different option — Option 9. .

That’s the plan where The Villages Public Safety Department and Sumter County Fire & EMS each handle medical transport within their own areas.

County Commissioner Gary Search says he received thousands of emails — “about a hundred and fifty to a hundred and seventy-five emails a day, weekends a little lighter. But I would say it was probably a hundred to one that they wanted Option 9 versus the county running the medical transport.”

For The Villages, this is just a first step.

District Manager Richard Baier says they could pursue legislation creating an independent fire  district for residents of the retirement community, even beyond Sumter County.

“And then you’d have to have a vote by those people to establish an independent district that would be transparent and present a governing board, if you will, that would be elected by the people,” he said.

It’s too late for the coming legislative session, he says, so maybe the next one.

In the meantime, AMR has hired more people to try and help lessen the response times and increased pay.