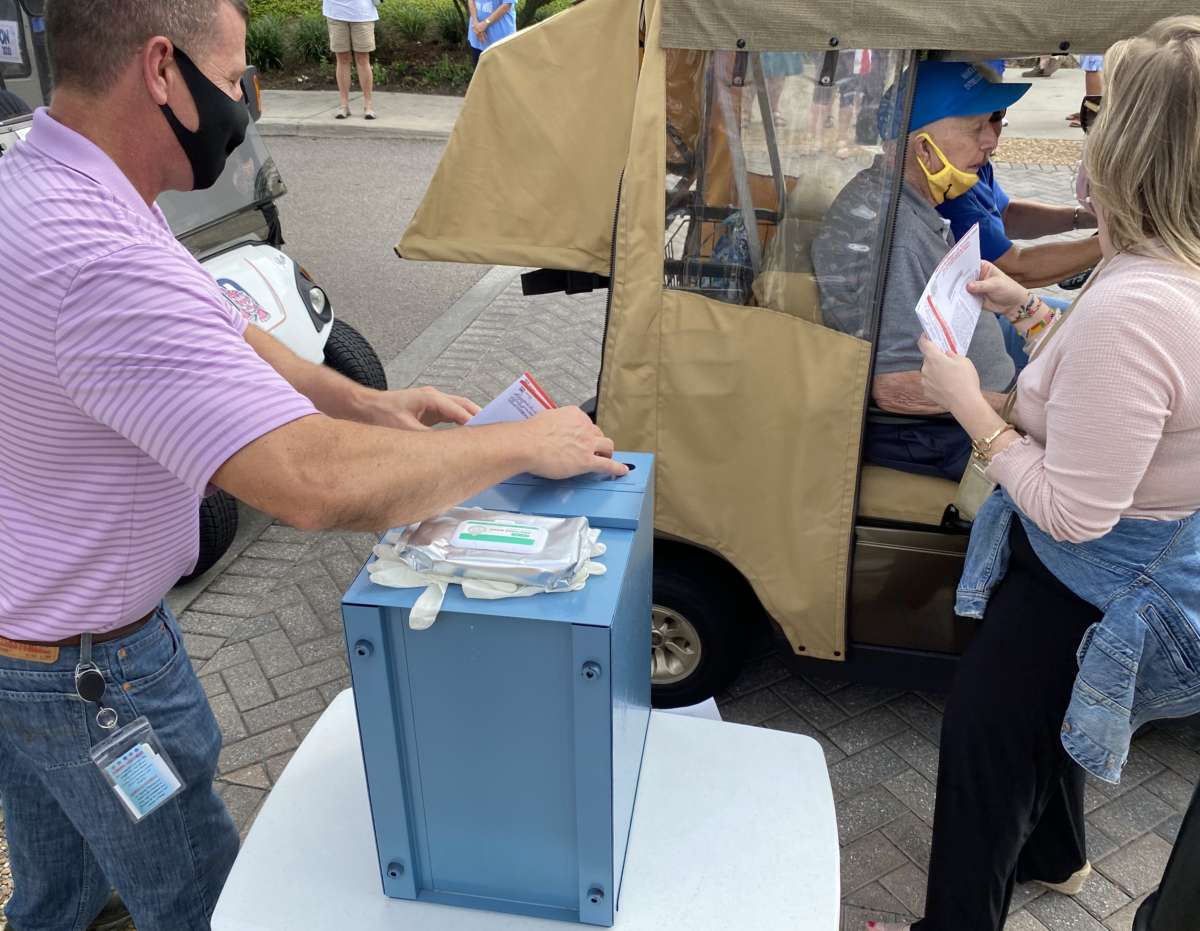 Most Sumter County Democrats voting early did so by mail -- including hundreds who took part in a golf cart caravan on Oct. 7. Photo: Joe Byrnes

When it comes to voting, Sumter is beating every other county in Florida. And this year, early voting there has already exceeded the total from 2016.

At least 71% of Sumter County voters have already had their say — more than 75,000, compared to 72,336 in the last presidential election.

About 73% of Democrats voted already and 73% of Republicans.

But there are many more Republicans. They are about 57% of county voters, and the Democrats are about 24%.

Most Republicans have voted in person. Most Democrats by mail.

On Friday afternoon, President Trump held a large rally in Sumter County on the Villages polo field. At that time, county turnout was at 50 percent.