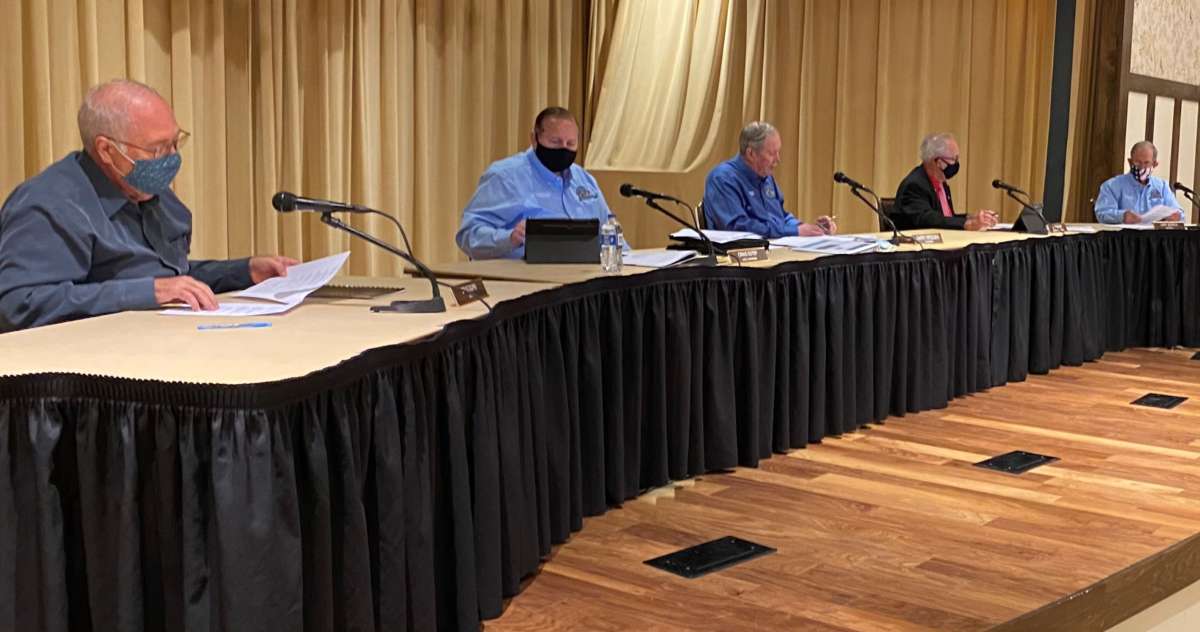 Sumter County Commissioner Craig Estep, second from left, says he will be looking the "sweet spot" when it comes an increase in impact fees. Photo: Joe Byrnes

The Sumter County Commission previously put off its decision on how much to increase fees for construction of new homes and businesses.

But now commissioners want to make a decision soon, partly because a state bill could tie their hands after June.

These new commissioners want  to shift more of the cost for new roads to the developer of The Villages, which adds about 200 new homes every month.

Commissioner Craig Estep, who called for the hearing, is looking for a middle ground.

“I think there’s a sweet spot out there that we can find where probably half the people are going to be upset one way and the other half will be upset the other way,” he said.

Commissioners could decide on the impact fees at the hearing on March 23.

And there’s reason to move quickly.

Representative Brett Hage has co-sponsored an impact fee bill that – if passed by the Legislature – would cap increases at 3 percent per year.