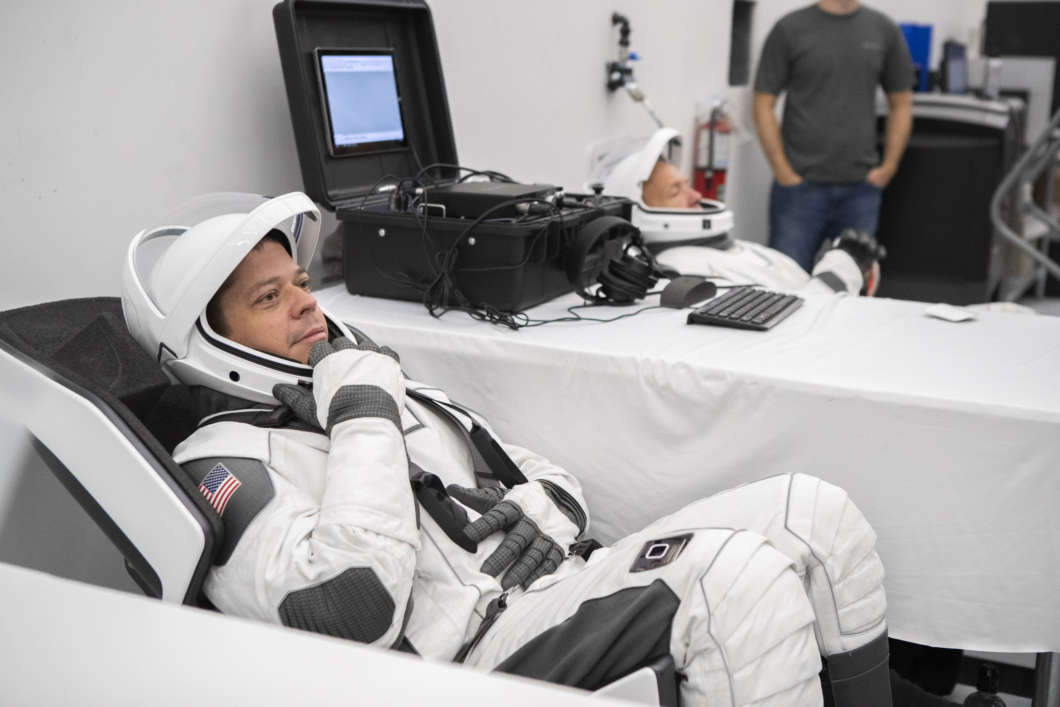 SpaceX recently held a training event at its facility in Hawthorne, California for prelaunch operations with NASA astronauts Bob Behnken and Doug Hurley and ground operators for the company’s Demo-2 mission. Photo: NASA

The astronauts who will return to space from US soil are testing out their brand new space suits. NASA and commercial partners Boeing and SpaceX are working towards launching astronauts into space from Florida — the first time since the end of the Space Shuttle program back in 2011.

NASA astronaut Bob Behnken and Doug Hurley suited-up — donning the white and grey SpaceX spacesuits they’ll wear on a trip to the International Space Station. Technicians ran through the procedure to properly dress the astronauts before a trip to space.

The duo’s dress rehearsal is paving the way for the first human test mission of SpaceX’s Crew Dragon capsule. An unpiloted version made a successful trip to the station earlier this year — a crewed mission could come as early as the end of this year.

SpaceX will launch the Crew Dragon capsule on its Falcon 9 rocket from Kennedy Space Center’s Launch Complex 39A — the former home of Space Shuttle launches. SpaceX leases the pad from KSC and has built a tower along with a crew access bridge to get astronauts into the spacecraft.

Meanwhile, Boeing is preparing for its first uncrewed test flight later this year, including the installation of a heat shield to the Starliner capsule and prepping the dummy that will go for the ride.

The Starliner is hitching a ride to space on ULA’s Atlas V rocket.

NASA’s Commercial Crew program is a more than $6 billion partnership with SpaceX and Boeing to launch astronauts to the station — ending a nearly decade-long reliance of trips from Russia.