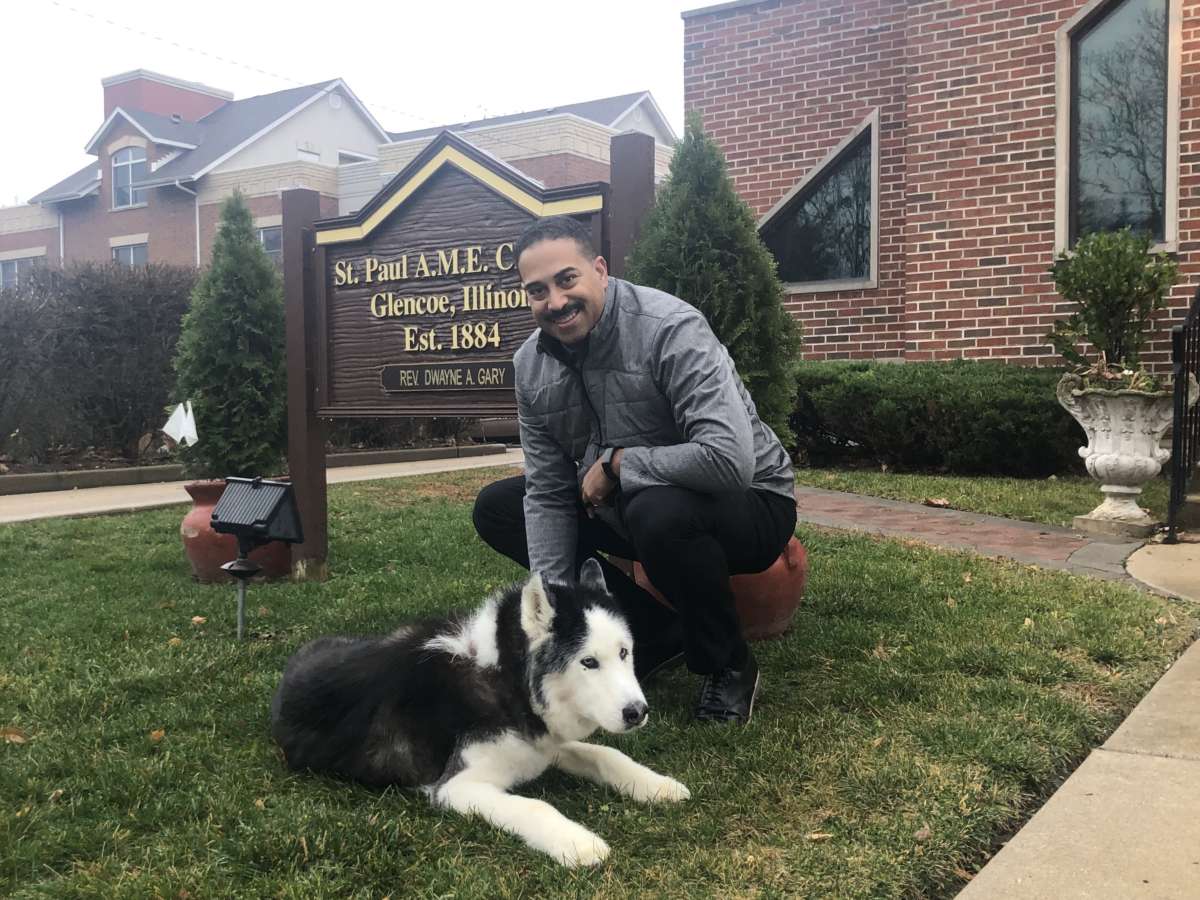 Rev. Dwayne Gary's experience of racial profiling has led him to speak out and inspire others in his suburban Chicago community to tell their own stories of mistreatment.
Image credit: Monique Parsons

The 51-year-old pastor was not cited in any of his encounters with local police, which included being stopped for expired registration (his plates were current); talking on his cellphone while driving (it was in his cup holder, he says); a burned-out headlight (he got that fixed); and walking his dog, Comet, down a public sidewalk on the way home to the parsonage, his home near the church.

The officer “pulls up, rolls down his window and says, ‘Where you headed?’ ” Gary recalls. “If that was the welcoming message for me moving into the area, it opened up my eyes.”

Gary believes what he’s experienced is racial profiling, and in recent months he’s shared his experiences and inspired others in his community to speak up as well.

Glencoe, with a population just under 9,000, is unique among its neighboring North Shore Chicago suburbs for its historic Black community, says Morris “Dino” Robinson Jr., founder of the Shorefront Legacy Center, an archive of the area’s Black history.

Many of the Black residents who helped settle the village were entrepreneurs, Robinson says, and while schools and scout troops were integrated, the Glencoe Park District refused to sell beach passes to Black families until A.L. Foster, president of the Chicago Urban League, successfully sued in federal court in 1942.

St. Paul African Methodist Episcopal Church currently has 105 members and has been in Glencoe since its founder, Homer Wilson, started the church in his living room in 1884. It’s Gary’s fourth pulpit; he grew up in Detroit, where he served as an acolyte, sang in the choir and worked as a church custodian before building a career in ministry.

These days, Glencoe prides itself on being welcoming. Nearly 800 residents signed an online “Welcoming and Inclusive Community Pledge” drafted by the village government, and old-timers — Black and white — fondly refer to the community as “Mayberry,” the friendly town from The Andy Griffith Show.

Nancy King, 85, is one of the St. Paul’s oldest members. As home prices soared in Glencoe, few church members could afford to live in Glencoe. But ties here are strong, and many commute from as far as an hour away. King sold her home last year and moved to a senior residence in a nearby town, but she says Glencoe will always be home.

King says she’s proud of her pastor for speaking up about his experiences of racism. And village leaders appear to be listening. A citizens group focused on inclusion, the Glencoe Community Relations Forum, has met 10 times since June, when the killing of George Floyd in Minneapolis inspired them to work with new earnestness.

The group has reached out to police, community groups and local businesses. The village board did an online diversity training workshop. Cary Lewandowski, director of public safety, participated in the workshop too. He says he’s taking the issue seriously.

His department is one of two in Illinois that trains its officers to be police, firefighters and emergency medical responders. Lewandowski says many in town view his officers as caretakers, and they get anti-bias training. Yet, a state study found that in 2019, Glencoe police were 50% more likely to pull over a Black driver than a white driver.

“The 2019 numbers were, frankly, a little bit alarming,” Lewandowski says, “because it showed we were stopping people of color more frequently than our data in the past.”

Lewandowski says he’s looking into it, and reaching out to historically Black colleges to recruit Black officers. Currently, all but four of his 36 officers are white.

Not alone any more

Pastor Gary is inspiring others to share what he calls their “hidden stories” of racism too. That includes Jonathan Butler-Duplessis, a Black actor with an acclaimed local theater. He says police stopped him after a matinee one afternoon as he walked to the beach, chatting on the phone with his grandmother. He suspects someone called the police, thinking he looked suspicious.

“It makes you mentally ill,” he says. If Glencoe is going to change, “It’s something that’s going to have to be done in the hearts and homes of the Glencoe community. When I walk down the street and I’m not singing and dancing, you have to just not be afraid.”

Gary says speaking up seems to be energizing his congregation. Hundreds tune in to his online sermons. When he led an anti-racist car rally in June, 400 families showed up for the event in a nearby synagogue parking lot.

Gary says he believes thousands of residents want to make Glencoe more welcoming, but the hard conversations are only the start. He’d like to see more data on racial profiling, and he’d like local police to wear body cameras.

If Glencoe wants to be a place where Black families feel welcome, Gary says his white neighbors need to work together and rewrite the story.

Maureen Valvassori, who is white, is the director of pastoral care at the local Catholic church. Inspired by Gary’s experiences, she told him about the times her son, who is Black, has has experienced racial profiling as well.

“At the end of the conversation what he said to me was, you’re not alone anymore. He couldn’t have said anything better,” Valvassori says. “We’re in it together now.”