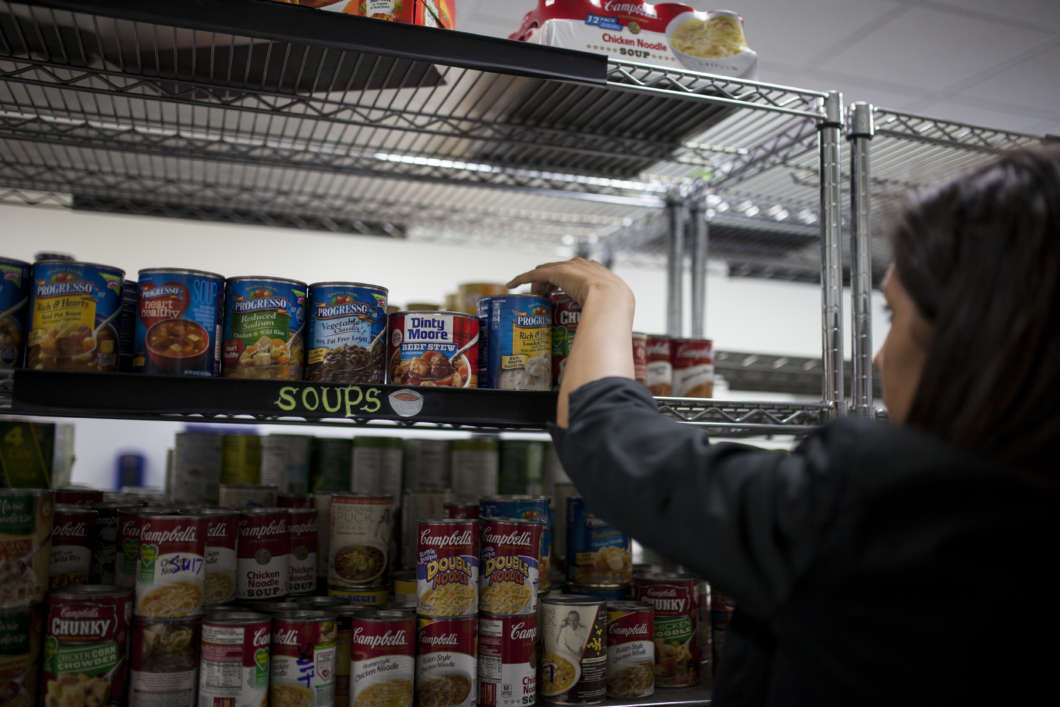 A volunteer stocking shelves with canned food at a University of Florida food pantry. Photo courtesy the university

But some of these students feel too stigmatized to seek help.

The University of Florida study focused on eight universities nationwide and found that 19 percent of students worry about where their next meal is coming from.

At the University of Central Florida, Elias Valentin of the Knights Pantry, an on-campus food pantry, says the issue needs more attention.

“It puts food insecurity and especially homelessness to the front of the limelight and it just allows us to sort of become self aware and also try and combat something like this before it becomes something of a national concern.”

A parallel UF study found that more than 60 percent of food-insecure students have never used an on-campus pantry.

“This issue is kind of faced with skepticism. You know. That there’s always this persistent stereotype that college students are a part of a privileged class and that hunger is only a consequence of poor decision making like spending on alcohol. But that’s not actually the case.”