Study: Florida Gun Homicide Rate Up 31% After ‘Stand Your Ground’ 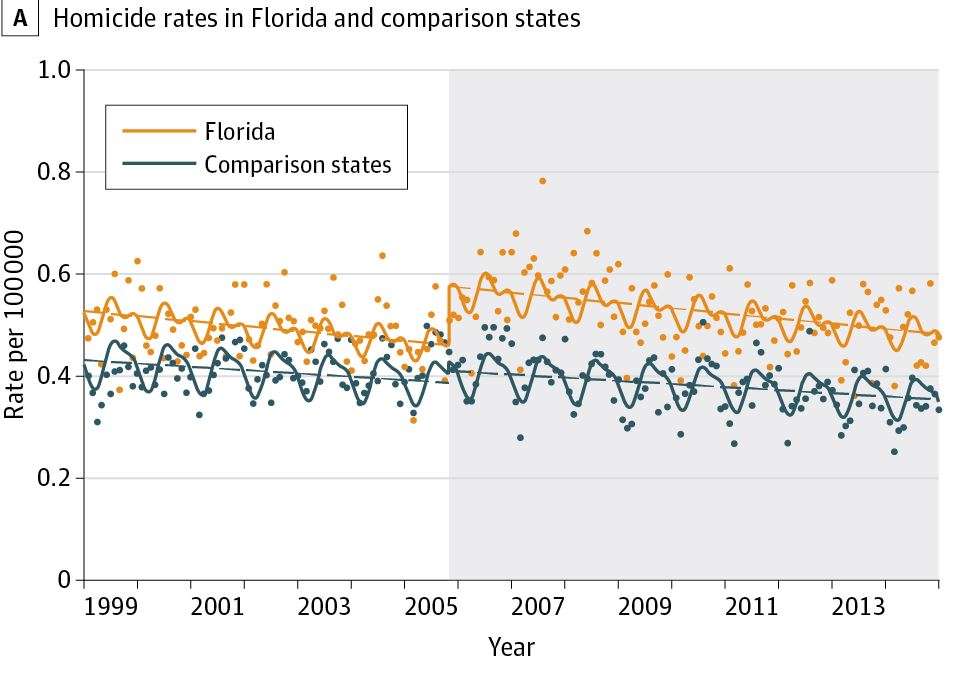 A study of Florida’s stand your ground law finds that the state had significant increases in firearm homicides. (Source: Journal of the American Medical Association study)

Researchers are now saying Florida’s “stand your ground” law coincided with big increases in the homicide by firearm rate.

The 2005 “stand your ground” law in Florida removed the legal requirement that a citizen try to flee before using deadly force. Instead, deadly force is authorized if someone perceives the threat of harm.

While media attention has focused on high profile cases where the law was invoked as a defense, researchers looked at the broader impact to the homicide rate. They studied Florida before and after the law, and also compared it to four states without the law. They used gun suicides as a control.

Study author David Humphreys spoke with the Journal of the American Medical Association’s podcast about the research.

“We can’t know why that is, whether or not people decided to arm themselves more, whether they decided to react more violently to perceived threats in public, but it’s quite startling how the increase occurs at exactly the same time as the ‘stand your ground’ law,” Humphreys said. “The ‘stand your ground’ law in Florida has resulted in far more harm occurring than it was argued it would.”